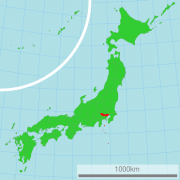 Rakuten Securities is planning to become the first broker-dealer in Japan to use Chi-X Global’s smart order routing technology.

“Since the introduction of competition in Japan, participants have been evaluating best execution and the most efficient way to access multiple markets,” said Tal Cohen, chief executive at Chi-X Global. “We understand that smart routing is a critical function in today’s environment and we are pleased to introduce a solution that will remove some of the complexities when accessing multiple venues. We believe that retail investors, as well as institutional investors, should be given the opportunity to realize the benefit of better prices on PTSs.”

Chi-X Japan in launched in July 2010. Its competitors include SBI Japannext, a Japanese PTS, and the incumbent Japan Exchange Group, which formed from the merger between the Osaka Securities Exchange and the Tokyo Stock Exchange in January 2013.

Market reforms in Japan, such as the abolition of the takeover bid rule late last year, have helped competing markets gain share. The takeover bid rule meant that any investor that held more than 5% of a company’s shares had to make a bid for the company if those shares were traded away from the primary exchange. Its demise effectively opened a larger portion of the Japanese equity market up for trading on the alternative venues.