Eurex to list eastern European derivatives based on Vienna’s indices 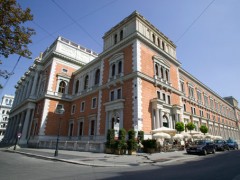 Eurex is to list new derivatives based on Vienna’s indices

Eurex already has Austrian equity futures and equity options but it will now be able to complement these with the corresponding equity index derivatives. More than 6.8 million contracts in Austrian derivatives were traded on Eurex Exchange by the end of September 2013, so Austrian products are already well established there.

Vienna’s CECE EUR Index, based on eastern European markets, is a particular attraction for Eurex. The venue already lists futures and options based on Vienna’s Russian RDX index, denominated in US dollars. Eurex plans to launch the first index derivatives “within the not so distant” future.

“The planned index derivatives will expand our equity index derivative segment to include further key central and eastern European markets,” said Mehtap Dinc, member of the Eurex executive board. “We will thus be enabling market participants to trade new exchange-listed index futures and options on the Eurex Exchange.”

In June, it was reported that the Vienna exchange was in talks with Poland’s Warsaw Stock Exchange over a potential merger between the two parties. Should a deal be reached, it would create effectively a unified exchange for almost the whole of Central and Eastern Europe, since Vienna is the leading member of the CEESEG group of exchanges which also includes Prague, Budapest and Ljubljana. However, neither party has confirmed any agreement as yet.

The merger would also throw up a technology conundrum, since the Warsaw Exchange has just adopted NYSE Technologies’ trading engine, while the CEESEG exchanges have been migrating to Xetra, the trading engine that powers Germany’s Deutsche Borse. Prague Stock Exchange, for example, moved to Xetra in November.