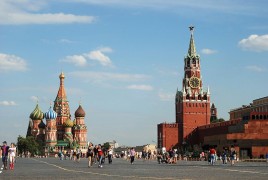 Russia’s BCS Prime Brokerage has launched an ultra-low latency data line between London and Moscow which it claims is the fastest trading connection yet built between the two cities.

Much of the trading activity for Russian stocks takes place in the London Stock Exchange’s International Order book. The opportunity for arbitrage between stocks listed in Moscow and London is attractive to high-frequency ‘cheetah’ traders and others, and contributes a useful portion of liquidity in those stocks.

The BCS link connects Moscow’s M1 data centre and the InterXion in London, with a latency that the firm reports is below 39 milliseconds. The line works for equities, derivatives and FX.

“The implementation of this new ultra-low latency connectivity service between London and Moscow establishes once again that BCS is leading the industry by offering our clients the best possible platform to maximise their Russia trading strategies and profits,” said Michael Barmettler, managing director at BCS Financial Group. “This ongoing dedication to the latest technology is why BCS Prime is the first choice when it comes to trading Russian markets successfully.”

Russian companies such as Gazprom constitute some of the largest listings on the LSE, with broad investor appeal. At the same time, a tug of war is currently taking place between the Moscow Exchange, which wants to bring more IPOs and trading business home, and the LSE. Russia’s government plans to turn Moscow into an international financial centre are well known and are behind a slew of initiatives, including the country’s move to T+2 settlement, which will be completed next month and has been described as the most important development in the country’s capital markets for 20 years.

The BCS link will be competing with other services such as TMX Atrium, which opened its own link between Frankfurt and Moscow in January. That line was designed to link up with the firm’s connection to London, so traders based there could trade Russia faster than before.