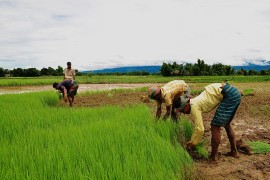 Bangladeshi bank AB Bank has chosen ElectraCard Services to run its ATM network and process credit and debit cards, as the bank ramps up its drive to increase financial inclusion in the country.

Based in Dhaka, Bangladesh, AB Bank is the country’s first private sector bank. It has existed for 31 years and currently has a network of 86 local branches, one branch in Mumbai India, six subsidiaries and one representative office each in the UK and Myanmar. AB Bank also runs a domestic network of 230 ATMs.

The bank is planning to double its number of card users by 2015, and has launched a complete suite of credit cards to help it connect with the country’s unbanked population. Recent estimates suggest that around 60% of Bangladesh is currently unbanked, while figures from the UN suggest that two-thirds of the country’s population is still employed in agriculture. AB Bank chose ECS to help it scale up and integrate with Visa and MasterCard.

“We were in need of a platform that was highly scalable and flexible which could be implemented quickly and meet our specifications,” said Reazul Islam, head of eBiz and IT at AB Bank. “We chose ECS because they have proven installations across the globe and a faster go-to-market strategy that fits into our expectations. The product is extremely user friendly and easy to adapt to. We are confident that our partnership with ECS is in tandem with our business objectives.”

The bank has also said it will implement electraSwitch, for managing the switching solutions of the Cashlink Bangladesh Network, which is managed by AB Bank and connects to Bangladesh’s major banks as a shared network for ATM switching and managed services. AB Bank hopes to grow its network and increase the number of ATMs in Bangladesh using the new tools.