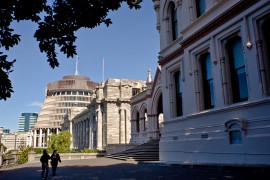 New Zealand’s NZX has joined BT Radianz Cloud, a network that connects to global markets, making it easier for international investors to access the New Zealand market, which is predominantly known for dairy products.

“Growing interest in NZX’s equity markets and dairy derivatives meant we needed to make it easier for international investors to access our services,” said David Godfrey, head of IT at NZX. “The BT Radianz Cloud offers global reach, speed and simple access. Its focus on international expansion is aligned to our own objectives and we look forward to working closely with the members of its community.”

NZX dairy futures have traded more than 40,000 lots since launch in 2010. The exchange listed the Fonterra shareholders’ fund in November 2012; Fonterra is a dairy producer and one of New Zealand’s best-known companies. The exchange is planning to launch NZX 20 Index futures and equity options later this year.

In November, New Zealand’s stock market installed a new trading engine from Nasdaq OMX for equities, bonds, derivatives, commodities and exchange-traded funds. The new system, called X-stream, is also used in 22 other markets around the world.

Meanwhile, BT Radianz recently connected to Brazil’s BM&F Bovespa exchange, as part of its Latin American network which now connects to 500 member locations in the region. BT Radianz is a system that consists of specialist network services, ultra-low latency connectivity and managed hosting, as well as encryption and secure messaging services. It is used for banking services such as payments, and for accessing financial markets and order routing.