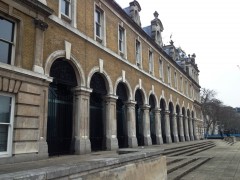 The old met the new at Finovate Europe

For an event that is based around the idea of introducing new players and new concepts to the financial technology world, this year’s Finovate Europe was heavy on familiar faces and some increasingly familiar concepts.

Personal financial management tools remain popular, social media and networking are still to the fore, and mobile is an absolute must – either in the form of mobile point-of-sale devices or person-to-person money transfer services.

While one set of presenters espoused the “Banks are Dead” line, on the other side several banks were actually taking part – Credit Agricole even made the list of winners – while the vendor line-up featured names that you could expect to see at a mainstream event.

Temenos, for instance, was on early on the first day with its LiveDesigner user interface tool. Looking around the exhibition floor, other familiar names could be seen among the logos – Akamai, BBVA, Fiserv, NICE, TSYS and Sage among them.

Still in the minority, certainly, but probably balanced by the number of others whose concepts are too similar to their peers, or to the better funded. Using QR codes on invoices to pay bills? Nice idea – as used in Barclays Pingit for corporates, of course, so good luck …

The buzz around the event remains, though the audience has also started moving towards the mainstream, with many familiar faces from the banking systems world walking around the Old Billingsgate venue. With the emergence of newer innovation initiatives such as the Accenture-backed FinTech Innovation Labs in London and New York, and the Innotribe Foundation from Swift, Finovate continues to offer a forum for the new.

•Credit Agricole: an app store aimed at attracting outside developers

•Moven: the worldwide launch of the mobile bank formerly known as Movenbank

•Virtual Piggy: a payment system for children, with parental controls