LONDON, Aug. 10, 2022 (GLOBE NEWSWIRE) — Plutus is a London-based FinTech providing industry-leading crypto reward rates and 20+ Perks such as 100% back on Netflix, Spotify, and Prime. Its user base has experienced 20.4% Month-on-Month (MoM) growth due to the value customers get from its rewards programme.

Currently, Plutus is available in the United Kingdom (UK) and European Economic Area (EEA). In Q1 2023, Plutus will launch its finance app and card in the United States (US), the largest crypto market in the world.

Plutus has partnered with Prepaid Ventures (PPV), one of the leading debit card solutions in the United States, to issue its Plutus-branded Visa debit cards to US residents.

“This is a major milestone. Soon, a population of 330m will be able to earn substantial amounts of crypto simply for living their lives to the fullest! We know there is a huge demand for our services and we have full intentions to become a dominant player in the U.S. neo-banking sector.”

Andrew Siden, CEO at Prepaid Ventures, comments on the partnership:

“We are very excited to have been chosen by Plutus, an industry leader in the crypto distribution space. As both an innovator and a market leader, Plutus has carved out a considerable share of the crypto market. At PPV, we are perfectly built to support Plutus in bringing its solutions to the US and providing its customers with a dynamic and reliable platform customized to match Plutus’ offering in the EU.”

“Our missions are well aligned and we look forward to a successful partnership with the Plutus team.”

Plutus recently experienced a huge surplus of card orders, issuing 6-months’ worth of card stock in less than 6 days and ultimately running out of card stock. Now, 50,000+ users are signed up on a waitlist until cards return in stock.

Customers earn 3-8% crypto rewards on all purchases and select up to 8 in-app Perks such as 100% back on Netflix, Spotify, and Prime – rewards come in the form of PLU. An accompanying bank-like app allows users to track their rewards and fiat balances.

Plutus has converted 47% of MAU to paid subscription tiers due to the value of its rewards programme. 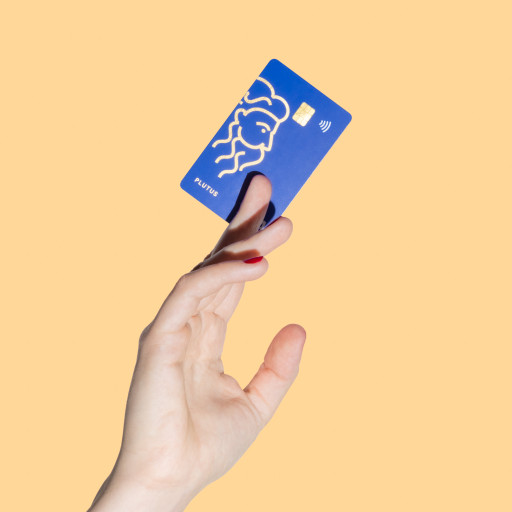