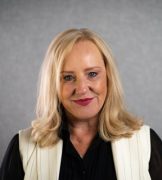 King will succeed current chair and trustee Charlotte Crosswell, who will step down on 31 January following the completion of her trustee mandate.

In her new role, King will be tasked with the “protection of the CMA Order and its ongoing requirements and working with stakeholders and the Joint Regulatory Oversight Committee, following their decisions on the future long-term regulatory framework for open banking in the UK”.

King will also continue to oversee corporate governance at the OBIE as well as develop plans for the group’s orderly transition to a “future entity” that will be responsible for developing open banking beyond the scope of the Retail Banking Market Investigation Order 2017.

With a career spanning over 35 years, King has held several leadership positions at global firms. Prior to joining the OBIE, King served as director of payments at NatWest Group and president of Mastercard UK and Ireland. Before that, she served as CEO of VocaLink.

Commenting on her new role, King says: “Open banking is a UK success story and exemplifies the very best of UK innovation and entrepreneurship, providing benefits to over 6.5 million consumers and small businesses.

“We cannot afford to be complacent and must work with and support the ecosystem, policymakers, and regulators to ensure the UK remains internationally competitive and innovative.”

The OBIE was set up by the Competition and Markets Authority (CMA) in 2016 to deliver open banking and is funded by the CMA 9 group of banks (Allied Irish Bank, Bank of Ireland, Barclays, Danske, HSBC, Lloyds Banking Group, Nationwide, Natwest Group and Santander).