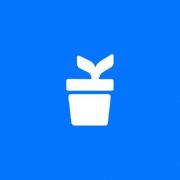 In his new role, Ibarra will be tasked with driving Kueski’s product strategy and ensuring it aligns with market conditions, consumer demands and the firm’s business objectives.

Ibarra brings over two decades of experience to the role, most recently serving as Stripe’s head of product for Latin America. Prior to that, he also held various senior roles at tech giants including Meta, Google and Microsoft.

Commenting on his new role, Ibarra says: “Having grown up in Mexico, I understand and empathise with just how important it is for companies like Kueski to create products that help consumers gain better control over their finances, while helping businesses grow and attract new customers at the same time.”

Founded in 2012, Kueski claims to be one of the largest BNPL and consumer lending companies in Latin America, with over 720 employees and 1.7 million users across its products. The company has so far raised more than $300 million in equity and debt funding.