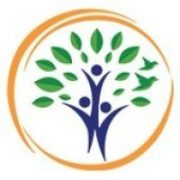 Founded in 2018 with its headquarters in Mumbai, SarvaGram operates a lending and distribution platform catering to households in rural and semi-urban India. It says it aims to serve creditworthy underbanked customers that are “agro-allied and micro-enterprise engaged”.

It last raised $10 million in a Series B funding round held in 2021, and the latest funding brings its total capital raised to almost $50 million.

With the new cash infusion, SarvaGram plans on expanding its distribution network by adding 75 additional outlets, bringing the total to 125, by the end of 2024. The money will also be used to strengthen its technology, hire talent and boost its business operations.

Additionally, the funds will also be deployed towards expanding SarvaGram’s on-ground franchisees “SarvaMitra” to triple its current strength across various Indian states.

“The fundraise will boost our mission of putting more power in the hands of rural households by enhancing our technology platform, strengthening the data analytics layer apart from growing our distribution and adding on-ground human capacity,” says Utpal Isser, SarvaGram’s co-founder, managing director and CEO.