African paytech giant Flutterwave is in a bid to acquire British fintech firm Railsr, along with a number of existing Railsr shareholders, according to a Sky News report. 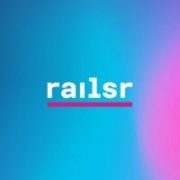 Railsr is fielding interest from a number of potential buyers, including rival firms, African paytech Flutterwave, as well as a consortium of Railsr investors, according to sources. Sky News believes the sale would take place “at a steep discount” to an earlier funding round.

Back in November, Sky News had first reported that the UK-based embedded finance platform, earlier known as Railsbank, was considering a potential sale, working with US investment banking firm FT Partners to go through a number of “strategic options”.

The news comes just weeks after Railsr raised $46 million in a Series C funding round. That funding had taken place at a reduced valuation of $250 million which Railsr did not disclose, Sky News had said.

An insider reportedly told Sky News that there was “heavy competition for the asset”.