NetGuardians tapped by Bank of Africa for fraud prevention software

Swiss regtech NetGuardians has been tapped by Bank of Africa for its fraud prevention software as the pan-African bank looks to safeguard its assets and branches in Morocco against fraud. 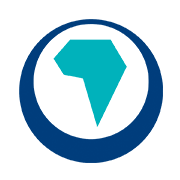 Bank of Africa is one of Morocco’s largest commercial banks. NetGuardians’ solution will monitor all of the company’s transactions and provide a risk score by comparing these transactions against a customer profile generated via artificial intelligence, machine learning and behavioural analytics.

“Africa is a continent growing in opportunity, and technology-based infrastructure plays a large role in facilitating this growth,” Somers adds.

“As Bank of Africa continues to serve as a leading commercial bank in Morocco, NetGuardians’ software will ensure that we stay ahead of fraud,” Bank of Africa says.

NetGuardians adds building out an “anti-fraud culture” is essential to the growth of pan-African banking, as five of the top 10 countries most affected by fraud are in Africa, according to the Global Economic Crime and Fraud Survey.