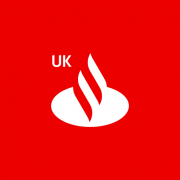 The regulator says between 31 December 2012 and 18 October 2017, Santander failed to adequately manage its AML systems, affecting more than 560,000 business accounts.

FCA executive director of enforcement and market oversight, Mark Steward, says: “Santander’s poor management of their anti-money laundering systems and their inadequate attempts to address the problems created a prolonged and severe risk of money laundering and financial crime.”

The FCA says Santander’s systems did not adequately verify customer information regarding the kind of business they would be doing and also did not properly compare the money in people’s accounts against what customers said would be deposited.

Open banking platform Plaid is laying off 260 employees as the firm adjusts to tougher macroeconomic conditions.

In a message to employees across the US, UK and Europe, Plaid CEO Zach Perret says that during the Covid pandemic, a “dramatic increase” in fintech adoption led to a sharp increase in usage by existing customers, “substantial revenue acceleration” and a large number of new customer signups. As a result, the firm hired “aggressively” and invested in new products to meet demand.

Perret adds that while the decision to cut jobs was “incredibly tough”, the move is “necessary” to allow the firm to “continue to operate from a position of strength so we can best support our customers and the millions of consumers we jointly serve for the long-term”.

Security and compliance automation company Drata has secured a $200 million Series C funding round, doubling its valuation to $2 billion since November 2021. 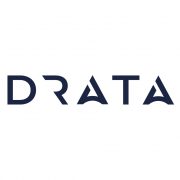 Drata co-founder and CEO Adam Markowitz says the company has made “significant progress” in under two years.

“This next phase of growth will only further accelerate those efforts, introduce a new wave of open compliance, and help us realise our vision of being the trust layer between our incredible customers and those they do business with,” Markowitz adds.

Deutsche Bank has entered a multi-year innovation partnership with Nvidia to help accelerate and advance the use of artificial intelligence (AI) and machine learning (ML) in financial services.

Together, the two firms aim to combine their expertise to develop applications that will improve risk management, boost efficiency and enhance customer service using Nvidia AI Enterprise, an end-to-end software suite for AI development and deployment.

The partnership will also support Deutsche Bank’s cloud transformation journey, with AI and ML being utilised to simplify and accelerate cloud migration decisions.

The collaboration follows months of exploratory work in which the two companies tested a number of potential use cases with a focus on three – risk model development, high-performance computing and creation of a branded virtual avatar.

Financial super-app Curve has secured a $1 billion credit facility from Swiss banking group Credit Suisse as it looks to scale its lending business Curve Flex across the UK, EU and US.

With the new funding, Curve plans to roll out the product across the EU and US markets as well as offer new services, including providing the ability to access a direct credit line before making purchases and the ability to refinance existing credit lines. In 2023, it also plans to launch a buy now, pay later (BNPL) type of lending offering to its customers.

“We have ambitious plans for lending,” says Paul Harrald, CIO of Curve Group and global head of Curve Credit, the firm’s consumer lending business. He adds that securing financing “of this size during this period of economic uncertainty is a testament to the broad support of our bold expansion plans”.