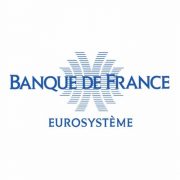 The two central banks jointly assisted the European Investment Bank (EIB) in its so-called Venus initiative by facilitating the safe settlement of a digital asset in the form of a tokenised representation of euro central bank money, which they call an “experimental” CBDC.

The experiment featured the issuance of a €100 million digital native bond by the EIB using DLT which was settled by the two central banks using the tokenised CBDC.

“This new experiment has brought together a large ecosystem under the aegis of two national central banks of the Eurosystem, a European supra-national issuer and major commercial banks,” says Nathalie Aufauvre, general director of financial stability and operations at Banque de France.

Aufauvre adds that the experiment demonstrates how digital assets can be issued, distributed and settled within the Eurozone “in a single day”.

“The Venus initiative confirms that a well-designed CBDC can play a critical role in the development of a safe tokenised financial asset space in Europe.

“It also aims to contribute to the Eurosystem reflections on how to improve our services to the wholesale market, in particular under the upcoming DLT Pilot Regime regulation adopted by the European Union,” Aufauvre says.