Capping off 2022, FinTech Futures takes a look at some of the top movers and shakers this year.

The year 2022 saw a continuation of the ‘Great Resignation’ from last year, with the financial industry seeing its fair share of movers and shakers.

Here are the top five hires and appointments of the year. 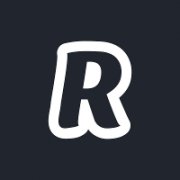 In his new role, Arshad was tasked with shaping Revolut’s product offerings and technology for the Indian market, where it has launched operations.

Arshad brings with him over two decades of work experience in management consulting, programme delivery and enterprise architecture. He is a founding member of challenger bank W1TTY, where he also served as CTO for more than two years, helping the company build 130,000 customers across Europe.

Swift said Mamondez has “cultivated innovation” in fast-paced international environments throughout his career, with stints at tech firms and consultancies such as Rockwell Automation, Diebold Inc and PricewaterhouseCoopers.

Prior to LSEG, Mamondez served as CFO for international markets at payments giant Mastercard.

In October, HSBC appointed Georges Elhedery as group chief financial officer (CFO) and executive director of the board and Greg Guyett as CEO of global banking and markets.

Elhedery will take on his new role from 1 January 2023, replacing Ewen Stevenson, who will be stepping down from the role of group CFO and executive director on 31 December and will leave HSBC in April next year.

Elhedery joined HSBC in 2010 and has served in many capacities over the years, most recently as co-CEO of global banking and markets since March 2020 alongside Guyett. 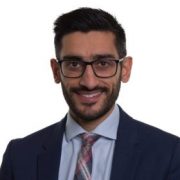 In April, The Bank of England’s head of fintech Varun Paul announced he was leaving the central bank and moving into the digital asset space by joining Fireblocks in an unspecified role.

Fireblocks is a digital asset custody, transfer and settlement platform. Following a $550 million Series E funding round earlier this year, the firm is worth $8 billion and is the highest-valued digital asset infrastructure provider in the world.

While Paul had been at the central bank for 16 years, he was in his most recent role as head of the fintech hub for just over a year.

In September, crypto exchange Kraken appointed a new CEO – chief operating officer (COO) Dave Ripley was to lead the firm with current CEO Jesse Powell set to become chair of the company’s board.

Ripley, who had been COO for six years, was to assume the role of CEO once a new COO has been found, Kraken had said.

As chair, Powell said he would turn his attention to the company’s products, user experience and “broader industry advocacy” as Ripley “leads Kraken through its next era of growth”.