Nirvana Money, a US-based fintech start-up, has announced it is shutting down operations just weeks after its official launch at Money20/20 USA. 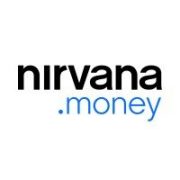 Nirvana Money is shutting down

Along with the launch on 24 October, Nirvana Money had also opened up access to a waitlist for its new card offering.

“The Nirvana Money service is being discontinued,” the start-up says on its website, thanking the participants in its beta programme. “All accounts will be closed on December 1, 2022.”

Headquartered in Miami, Nirvana Money was founded by fintech veteran Bill Harris in 2020. Harris was formerly CEO of Intuit, PayPal and Personal Capital and has founded nine fintech companies.

Nirvana Money’s initial product was to offer members an accessible credit card that would also work as a debit card, targeting middle-income earners in the US and allowing them to build better savings, credit and financial stability.

“We’ve got a great concept and a stellar team, but as a credit company lending to the lower end of the credit spectrum into a recessionary environment with interest rates spiking – and all the means for cost of funds, unfortunately, that’s a formula for a sunnier day.”

Harris adds that while he is “very disappointed”, he believes it to be the “right” decision. He also adds that no customers or investors lost money, except himself.

“But this risk is in the nature of start-ups,” Harris says.