Software-as-a-Service (SaaS) start-up Taktile has raised $20 million in a Series A funding round co-led by Index Ventures and Tiger Global. 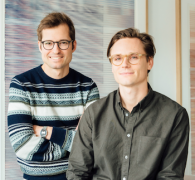 Co-founder and CEO Wehmeyer says: “Today, too many businesses rely on automated decisions that they rarely revisit, which causes them to overlook critical risks, respond to market changes too late and thus leave money on the table.”

The new funds will be used to further develop its product capabilities and to fuel its ongoing US expansion.

Taktile, which currently has offices in Berlin and New York, says it has experienced “rapid growth” in the US and has increased its client base “by 4x since lockdown restrictions were lifted”.

The start-up has tripled its revenues over the last 12 months and currently boasts fintechs including Branch, Moss and Rhino as clients.