Yassir, an African super-app for on-demand services, has secured $150 million in a Series B funding round led by Bond. 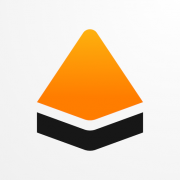 Yassir raises $150m in Series B round

Founded in 2017, Yassir has now raised around $193 million since launch. It currently operates in six countries and 45 cities across Africa and claims to be used by more than eight million people.

With the new capital infusion, Yassir plans to expand its reach in the Maghreb region (Algeria, Morocco and Tunisia) where it primarily operates.

The company, which is aiming to provide a single-point solution for customers to help them manage their daily activities, offers three core services through its app – food and grocery delivery, ride hailing and financial services.

Yassir says that by providing consumers in Africa with a mobile banking solution as part of a “more comprehensive suite of services”, the firm is “meeting an important need in the market”, citing a 2018 report by McKinsey which found that more than half (57%) of Africa’s population lack any form of a bank account.

With the new funding, Yassir claims to be “the most valuable start-up in North Africa” and “one of the highest valued companies” in the Middle East and Africa. However, it has not disclosed its valuation figure.