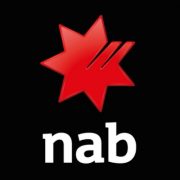 The bank, which has now been working with AWS since 2013, says the move is part of its “ambitious multi-cloud approach” and will enable the firm to “accelerate the migration of key critical workloads to AWS”.

The bank says it has now moved 70% of its applications to the cloud and recently became the first major Australian bank to migrate its online business banking platform.

It also claims that by utilising AWS’s tech, it has implemented a programme “to save over $1 million per month in cloud costs”.