NorthOne bags $67m in Series B funding round

New York-based challenger NorthOne has raised $67 million in a Series B funding round. 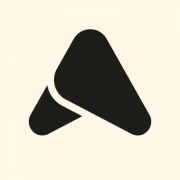 The round featured participation from a number of new and existing investors including Battery Ventures, Ferst Capital Partners, FinTLV, Next Play Capital, Operator Stack, Redpoint Ventures and Tencent.

The new capital takes NorthOne’s total funding raised to date to more than $90 million and comes two years after the firm landed $21 million in its Series A round.

NorthOne was founded in 2016 by Eytan Bensoussan and Justin Adler to provide financial services to “traditional businesses” in the US that the company feels have been “deeply underserved” by financial institutions in the past.

Co-founder and COO Adler says: “We founded NorthOne to solve big problems for small businesses. Fifty percent of small businesses in America fail over a five-year time horizon, and the majority of those failures are due to financial mismanagement and a lack of financial systems and controls.”

NorthOne claims its mobile app and web banking product has been used by more than 320,000 small businesses in the US. Its banking services are provided by The Bancorp Bank.

The company says it will use the new funds to “further expand the reach of its business banking and financial management platform across all sectors of the small business community”.

It plans to build new working capital and credit products and provide “faster and more convenient” payment solutions for its small business customers.