Reevo Money, a new provider of personal loans, has launched in the UK to help people gain access to credit. 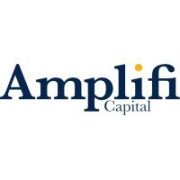 It is the second customer-facing brand to be launched by Amplifi Capital, a London-based fintech firm specialising in near-prime lending.

Reevo Money, which is fully authorised and regulated by the FCA, says it will offer customers “instant quotes” for loans which will not appear on a credit report, “better” APRs compared to traditional non-mainstream lenders, UK-based customer support and no hidden arrangement fees.

“Near-prime customers have little choice in the current marketplace, typically receiving a limited selection of very high interest offers,” the firm says, as it intends to target a market it considers to be underserved.

Making use of a cloud-based infrastructure and open banking, Reevo Money says it aims to provide loans to customers who have a poor credit history or irregular income, as well as new borrowers or those “who don’t tick the conventional boxes”.

“For too long, the industry has taken advantage of those with money struggles,” says Tobias Gruber, CEO of Amplifi Capital.

The firm adds that its ultimate goal is to help people build their credit rating, “so they can transition from a near-prime to prime borrower and experience financial freedom”.