Lessons from a car that won’t unlock

Learning lessons and gaining insight from different industries can be a fabulous way to get a perspective that helps shape thinking, strategies and propositions. 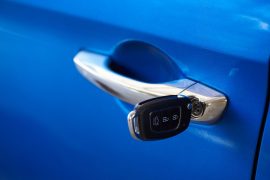 What can banking learn from the auto industry?

Based on recent experiences, here are some thoughts on what finance can learn from the auto industry.

Google seemed to read my mind. I saw (and clicked on) an advert for the service placed at the top of my Gmail inbox at the very moment I was pondering the fact that I needed a new car.

In a conversation I had just been having with my wife, I had said that I did not want to go down the traditional leasing route for our new car due to previous poor experiences, and I wondered if anyone offered a car subscription service.

The shopping experience was digital only. The UX was brilliant and beautifully designed; I had ordered a hybrid car through my mobile phone almost before I knew what was happening. A human being phoned me within minutes of hitting submit to ensure all was well – a massive tick in the omnichannel box.

The car turned up and was fabulous. A feature of the car was you could connect it to an app, which proved its worth when we lost it in a festival car park. Through the app, you can send a message to the car to honk the horn, which it did, letting us know where it was.

The app also displays information about the car. A biggie for me was the dashboard which showed the split between battery and petrol-powered journeys. I looked at it religiously, trying to nudge the battery journeys up where possible. The app also showed the location of the car.

One of the promises of the subscription service is that you can change your car with three months’ notice. We have a large family and four dogs, so we went for the largest car possible to start. However, we found that, in actuality, we did not need such a large car, so we requested a swap to a smaller model. The exchange was not as seamless as it should have been, but it worked. I disconnected the old car from my app and connected the new one. The person who delivered the car mentioned that the new car came with a new version of the app, which did not show the car’s location, muttering something about data protection.

All was well, except my old car appeared in the app the next day and let me know it was unlocked. I put this down to me not disconnecting it properly and tried to disconnect it again. We went to get into the new car a little while later, but we could not unlock it; despite trying all the keys, and all the doors, it remained firmly locked. We had to call out roadside assistance.

A mechanic turned up who had to disconnect the battery and do a hard reboot on the computer controlling the car. He told me that he had, in effect, initiated a ‘ctrl-alt-del’ on the vehicle – a solution to various problems that are common in modern computer-controlled cars. His diagnosis was a software download that had gone wrong. The reboot worked, and the car seemed to be OK until the day I got a message on the car’s dashboard saying new software was available.

In a moment of staggeringly misplaced optimism, I clicked on download. Ten minutes later, a message appeared in the app saying that the download had failed. I grabbed the keys to open the car and see what had happened; of course, the doors would not open. We called roadside assistance, and a recovery vehicle turned up and whisked the car off to the dealership, who then spent two days trying to get the car off the recovery vehicle. The handbrake would not release. Even ctrl-alt-del did not seem to work. It took them over a week to wrestle the car into the workshop and update the software.

Meanwhile, my first car appeared in the app and started telling me where it was and that it was unlocked – a horrifying data protection issue.

The experience with the app and the car were entirely down to software problems.

So, what can banking and fintech learn from these examples?

The biggie is that we need to consider having backups in place as we rely more on computers to control our lives. A vehicle is useless if your key cannot get you into the car. An analogue backup would be sensible, i.e. if the electronics fail, a physical key can do the job. In banking terms, that means ensuring backup for when the digital channels we use are not available. We must ensure that physical money as a helpful backup does not disappear too quickly.

I was reminded of a visit I made to China a few weeks before Covid hit. Paying for absolutely everything was done through local payment apps on mobile. It was almost like cash had disappeared and paying for anything on a card was practically impossible. Commerce is tricky if you are a tourist.

The next thing is ensuring that the software used is tested thoroughly and, if there are any doubts, not released. The car app software has some glaring bugs. The app adds to the customer experience, but at what cost? If the app allows others to see where your car is, that isn’t good. In banking terms, it is the same as me logging in to internet banking and seeing your bank details, dear reader. A timely reminder from the auto industry – test, test and test again.

The final lesson is based on another car-related incident.

Last weekend, I got the call every parent dreads. My daughter had been involved in a car accident. The car she was driving had hit another vehicle. Thankfully she was all right, as was the person (and the dog) in the car she had collided with. We drove to the scene. Looking at what was left of the vehicles, the fact that everyone was unharmed seemed miraculous. The whole front of her car appeared to be missing. However, the cabin was untouched, other than all the inflated airbags. The crumple zone in the car had done its job. The auto industry is on a path to ensuring driver and passenger safety. Cars are modified and evolve constantly. When you see the results up close, it is remarkable how successful these efforts have been.

And so, the banking industry needs to evolve continually, putting customer safety at its heart.

It is doing a good job. For example, 2FA is increasingly common for transactions. We have the comfort of account name checking and authentication when making payments and AI that monitors transactions for anything that looks out of sorts. Much like the auto industry, which constantly evolves around customer safety, I doubt if this relentless drive to protect people’s money will ever end.