Hong Kong-based fintech start-up KPay has raised $10 million in a funding round with the support of its founders.

KPay will use the funds raised to support product development and regional expansion and is actively preparing for institutional round financing.

It claims to have amassed more than 12,000 local merchants spanning a variety of sectors including retail, food and beverage, beauty, healthcare, education and professional services.

Malaysian paytech Instapay Technologies, an e-wallet and Mastercard issuer, has raised $4.75 million in a Series A funding round.

This round was led by Daiwa ACA APAC Growth I, with participation from Spiral Ventures Asia Fund I, and existing investors.

Instapay started its market operations in Malaysia two years ago as a banking alternative for low-income workers, providing e-wallet and Mastercard services to unbanked migrant workers as a payroll solution.

The firm has grown to now service “hundreds” of corporates for payroll accounts for their migrant workers as well as a large base of retail customers. It enables corporates to pay salary digitally to their workers’ Instapay e-wallet.

Rajnish Kumar, co-founder and CEO, Instapay Technologies, says the new funding will enable the start-up to expand into new markets in Southeast Asia and the Middle East.

UK-based banking start-up Frost has raised £1.1 million in a seed funding round.

With the new funding, Frost aims to launch new features and improvements, including adding Google Pay as a payment method, video verification for onboarding and hiring developers and support staff.

Ugandan fintech Numida has raised $12.3 million in a pre-Series A funding round. 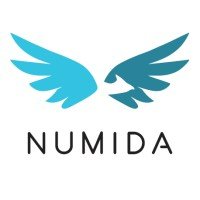 Serena Ventures led the $7.3 million equity portion of the round with participation from Breega, 4Di Capital, Launch Africa, Soma Capital, and Y Combinator, who are all making their first Ugandan investment, and existing investor MFS Africa.

With this new financing, Numida aims to reinforce its Ugandan presence and launch in two new African markets.

“Instead of borrowing from informal lenders or family, business owners download the Numida app, apply in minutes, and receive capital within a day,” the fintech firm says.

Existing investor Lempriere Capital also took part in the round. With the new cash, Thriday aims to scale its platform, which it claims has over 11,000 businesses already on its waitlist.

Founded in 2019 and based in Melbourne, Thriday offers a financial management platform for small businesses where they can manage their transactions, accounting and tax.

Scottish fintech Guiide has raised around £200,000 from existing investors and three new leaders to its team.

Guiide has hired two new directors – Clare Hawkins, a former NHS Trust chief executive, who will lead on governance, and Stewart Lawrie, a financial systems developer; and Mike Robins, former partner at 3i, who joins the firm as an adviser.

The funding will be used to support two new initiatives – Guiide+ and Guide.auto.

Launching soon, Guiide+ is an addition to the company’s free online service for registered users. It will enable a “full retirement dashboard showing real-time values for a person’s pensions, and all other sources of income and savings”.

Guiide.auto will allow individuals to monitor, track and adjust plans and add an element of guaranteed income paid into the pension pot if desired, whilst still maintaining all the flexibility of drawdown.

Built between 2016 to 2019, Guiide is a free retirement calculator allowing people to “create a unique and individual plan and avoid running out of money during retirement, overpaying charges or tax”.