DPO Group co-founder and CEO Eran Feinstein is retiring after stewarding the sale of the company to digital commerce firm Network International. 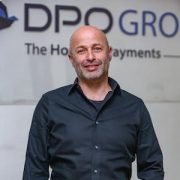 Feinstein, alongside co-founder Offer Gat, orchestrated the firm’s sale to the Dubai-based payments giant for $288 million in July 2020.

Under Feinstein’s leadership, the company prided itself on hiring and developing African talent.

“I am proud to have played my part in developing the next wave of African tech talent. Having helped build the team that leads the company now, I know I couldn’t be leaving it in better hands,” Feinstein says.

While Feinstein is leaving the company, Brandon Williamson has been appointed regional managing director for acquiring in South Africa.

Williamson says that under Feinstein’s management, the company “made a series of smart acquisitions including what was then one of the largest acquisitions by a PSP in 2019 when it bought PayFast in South Africa”.

Founded in 2006, DPO Group works with more than 60,000 merchants, including airlines, hotels, restaurants, travel agents and e-commerce firms across Africa. The company maintained its branding post-acquisition within Network International.

Network International group CEO Nandan Mer says the company was a “strong strategic fit with our business”, adding the products and services Feinstein helped create at DPO “will go on to support the needs of local merchants and multinationals alike, across the Middle East and Africa”.