The Consumer Financial Protection Bureau (CFPB) has fined Bank of America (BoA) $100 million for “botching” the disbursement of state unemployment benefits at the height of the pandemic. 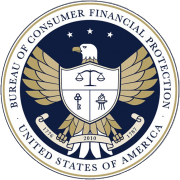 The CFPB has slapped a $100m fine on BoA

“Bank of America automatically and unlawfully froze people’s accounts with a faulty fraud detection program, and then gave them little recourse when there was, in fact, no fraud,” the CFPB says.

“Taxpayers relied on banks to distribute needed funds to families and small businesses to rescue the economy from collapse when the pandemic hit,” says CFPB director Rohit Chopra.

“Bank of America failed to live up to its legal obligations. And when it got overwhelmed, instead of stepping up, it stepped back.”

The CFPB adds that during its investigation, it found that Bank of America engaged in “unfair and abusive acts and practices” which led to Californians not getting their unemployment benefits during the pandemic.

Specifically, the CFPB notes that the bank:

As part of the enforcement action, CFPB says that BoA will be required to provide redress to its customers along with a lumpsum harm payment, and also pay a $100 million fine to CFPB, which it says it will deposit in the victims’ relief fund.

In a separate order, the Office of the Comptroller of the Currency (OCC) is also fining the bank $125 million for “violations of law and unsafe or unsound practices relating to the bank’s administration of a prepaid card program to distribute unemployment insurance and other public benefit payments”.

The OCC has also ordered the bank to “provide remediation to harmed consumers whose access to unemployment benefits was denied or delayed”.

The OCC penalty will be paid to the US Treasury.

Headquartered in Charlotte, North Carolina, with approximately 4,100 branches and $2.5 trillion in consolidated assets, BoA is the second largest bank in the US.