The US Consumer Financial Protection Bureau (CFPB) has ordered Bank of America (BofA) to pay a $10 million fine for “processing illegal, out-of-state garnishment orders against its customers’ bank accounts”. 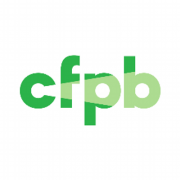 The CFPB says BofA unlawfully froze customer accounts, charged garnishment fees and “sent payments to creditors based on out-of-state garnishment court orders that should have been processed under the laws and protections of the states where the consumers lived”.

Garnishments are a way for creditors to claw back debt through automatic, usually court ordered, collections against an individual’s pay or account balance.

The CFPB also alleges BofA inserted unfair and unenforceable language into customer contracts that limited their rights to challenge the aforementioned garnishments.

CFPB director Rohit Chopra says: “The CFPB is ordering Bank of America to fix its systems, clean up its contracts, and make its victims whole.”

The CFPB alleges BofA unlawfully garnished at least 3,700 out-of-state accounts since August 2021, with $592,000 paid out in garnishment fees, despite not being permissible under the state laws where the accounts reside.

As well as the garnishments, the CFPB claims BofA misled customers, stating that customers’ rights to have certain funds exempted from garnishment were dictated by the law of the issuing court’s state. In reality, the laws of the state in which the account resides have jurisdiction.

A BofA spokesperson says: “We have enhanced our processes to ensure compliance with all applicable state laws as we execute court orders. As part of this agreement, we will refund associated fees to customers involved in approximately 3,700 cases.”

The bank claims it processed approximately one million garnishment court orders over the five-year period from 2011 to 2016.

BofA is the second largest bank in the US and has 4,100 branches across the country. It has been designated a global systemically important bank by the Financial Stability Board. As of December 2021, it had $2.5 trillion in consolidated assets.

In 2014, the CFPB ordered Bank of America to pay $727 million in redress to its victims for illegal credit card practices.