At FinTech Futures, we know that it can be easy to let funding announcements slip you by in this fast-paced industry. That’s why we put together our weekly In Case You Missed It (ICYMI) funding round-up for you to get the latest funding news. Featuring Wombat, Atlantic Money, Fairbanc, Kettel Homes, Atato and Guava.

Micro-investing platform Wombat has launched a new crowdfunding campaign ahead of its planned international expansion. 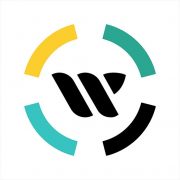 The Crowdcube campaign will run for three weeks with a target of £1 million.

Launched in 2019, Wombat provides a mobile investing platform – available on both iOS and Android. Users can select from a range of themed funds and individual shares to create a personalised portfolio.

The London-based firm says it is preparing to launch into international markets including Europe – where it estimates it has a total addressable market of 100 million users. It also plans to introduce new products and platform enhancements.

Kane Harrison, CEO and co-founder of Wombat, says: “We’ve come a long way in a very short space of time and have big plans for the year ahead.

“Not only will we introduce new products and features to support users as they become more experienced and confident investors, we will make our first foray into Europe where we see huge opportunities for Wombat to grow.”

The round was led by Amplo with participation from Nordstar and former Lazada executive Martell Hardenberg. The cash is in addition to the firm’s $4.5 million initial seed funding from investors including Index Ventures, Ribbit and Kleiner Perkins.

Atlantic Money will use the funds to improve its customer experience and further develop its offering.

Starting immediately, everyone in the UK can transfer up to £1,000,000 abroad for a fixed fee of £3 and at the interbank mid-market rate with no foreign exchange (FX) mark-up via the Atlantic Money iOS app.

The company says its service will be made available for EU residents in the coming months.

Singapore-based and Indonesia-focused buy now, pay later (BNPL) firm for businesses, Fairbanc, has raised $4.8 million in a pre-Series A funding round led by Vertex Ventures.

Also participating in the round were Lippo Group, Asian Development Bank and Accion Venture Lab.

Fairbanc says it will use the fresh investment to further expand its presence in Indonesia and explore new markets such as Vietnam and the Philippines.

Founded in 2019, Fairbanc is an AI-powered mobile working capital, credit and payments platform for micro and small businesses in emerging markets.

Kettel Homes has received an undisclosed investment from UK building society Nationwide. Kettel Homes is a rent-to-own start-up that helps first-time buyers without access to typical mortgages get a home by saving part of their rent towards a deposit. 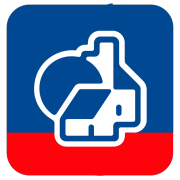 “The investment in Kettel Homes forms part of Britain’s biggest building society’s efforts to help its members with the cost-of-living crisis by addressing the challenges people face when living in financial difficulty,” Nationwide says.

“Nationwide has put £2.5 million into an incubator specifically designed to encourage and enhance innovative platforms such as Kettel Homes by bringing together start-up businesses with innovators, organisations and charities.”

Banking and networking platform for Black entrepreneurs, Guava, has secured $2.4 million in a pre-seed funding round led by Heron Rock.

Founded in 2020 and based in New York, Guava aims to provide financial services to Black-owned small businesses and creators and will officially launch early next year.

With the new money, Guava plans to expand its team and develop more credit products for the platform.

Atato, a licensed digital asset custodian aimed at corporates and institutions, has raised $6 million in Series A funding.

The round was led by AlphaLab Capital and FEBE Ventures with participation from Tom Trowbridge, NGC Ventures, January Capital, Babel Finance and Atato’s seed investor SOSV, among others.

The new capital will be used to further expand its product offerings and fast-track completion of existing beta-development products. This includes retail development, user growth, geographic expansion and talent acquisition.

Founded in 2018 and based in Singapore, Atato is a cryptocurrency custody and wallet provider that enables individuals and businesses to securely store, transact and manage digital assets, as well as access DeFi, NFTs and all decentralised applications.