New York-based fintech start-up April, which offers a personal income tax platform that embeds into digital financial apps, has landed $30 million in a Series A funding round. 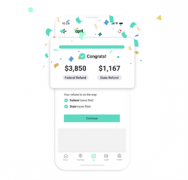 The round included participation from Treasury, a fintech infrastructure-focused fund created by the founders of Betterment and Acorns, along with QED, Nyca Partners, Team8, Euclidean Capital and Atento Capital.

Since launching in January 2022, the company has now raised $40 million in total capital.

Fintech entrepreneur Lowell Putnam, who previously founded Quovo (which was later sold to Plaid), will also join April’s board of directors as part of the round.

April is planning to use the new funds “to expand its R&D capabilities and increase operational capacity in preparation for next tax season”.

The company’s tax engine can be embedded into any third-party platform and enables fintechs to perform tax calculations throughout the year as data emerges.

It also claims to have “served thousands of American taxpayers through partnerships with several financial institutions” since its launch.