Crypto paytech Wirex makes a comeback in the UK

Payments and crypto platform Wirex announced that it is operational in the UK again, following “discussions” with the UK Financial Conduct Authority (FCA). 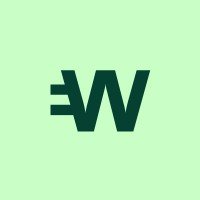 Wirex is live in the UK

The news comes three months after Wirex withdrew from the FCA’s temporary registration regime, ahead of the 31 March 2022 deadline to gain a full registration.

The FCA had put firms who hadn’t received complete approval on its temporary registration regime, which granted them permission to conduct business until the end of March.

Along with resuming services, Wirex also announced that it is launching multiple offerings including a multicurrency card with which users can avail rewards and pay in local currency, and a credit and debit top-up facility up to $25,000 every day.

Wirex will also offer “unlimited” foreign exchange with no exchange fees and an “exclusive” interbank rate for fiat exchanges with no balance limits and $500 daily ATM withdrawal, as well as “fast and secure” transfer of funds.

The firm further adds that it will launch Faster Payments on the app in due course.

Founded in 2014 and based in London, Wirex claims to have over 4.5 million customers across 130 countries counting $3 billion worth of transactions.