The UK government has announced a new law to protect access to cash, ensuring the continued availability of withdrawal and deposit facilities across the country. 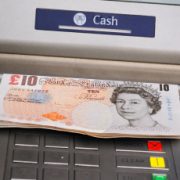 The new Financial Services and Markets Bill, announced in the Queen’s Speech at the state opening of parliament, is designed to shore up the country’s cash infrastructure for the long term.

Economic secretary to the Treasury John Glen says: “We know that access to cash is still vital for many people, especially those in vulnerable groups. We promised we would protect it, and through this Bill we are delivering on that promise.”

The Bill will also enable the Payment Systems Regulator to require banks to reimburse authorised push payment (APP) scam losses, which cost people hundreds of millions of pounds each year.

The government says the Financial Services and Markets Bill will maintain and enhance the UK’s position as a global leader in financial services post-Brexit, by cutting red tape and maintaining high regulatory standards.

The Bill will revoke EU law as it pertains to financial services and replace it with “an approach to regulation that is designed for the UK”, the government adds.