Here’s a handy round-up of the recent funding endeavours of fintech companies across Europe. 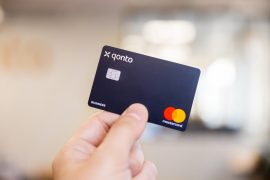 The firm says that over 1,800 investors from France, Germany, Spain and Italy participated in the funding round, which closed after six and a half hours.

The crowdfunding follows a €486 million Series D round held in January 2022, with TCV and Tiger Global Management as lead investors.

Founded in 2016, Qonto offers European businesses and freelancers banking, financing, bookkeeping and spend management solutions, and claims to have around 250,000 customers.

Co-founder Alexandre Prot says that the funding will be used to create new products and services, hire new talent and expand further in Europe.

London-based fintech Previse is set to raise £10 million in a Series B funding round led by Chinese tech firm Tencent Holdings at a valuation of £65 million, according to a Sky News report.

The British start-up is run by co-founder and chief executive Paul Christensen.

Other investors include MasterCard, Hambro Perks and Augmentum Fintech.

UK checkout start-up Volume has secured $2.4 million in a pre-seed round led by Firstminute Capital.

Other participants include SeedX and Haatch Ventures and angel investors Christian Faes (LendInvest) and Russ Carroll (ex-Klarna), as well as angels from MADE.COM, Mastercard, Visa and American Express.

Volume says it will use the new funding to expand its UK business, after which it plans to expand into Europe and North America.

It detects the preferred bank shoppers pay with and relays them to a biometric security check in their banking app to finalise the purchase.

Volume claims that the whole process takes less than one second, which makes it five times faster than conventional e-commerce payments. 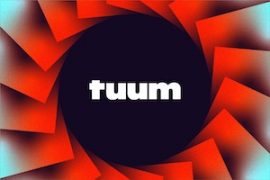 LHV Group will invest in Tuum

LHV says it will invest the sum in a convertible bond, which as per an agreement, will be converted into shares during the start-up’s next funding round.

The investment aims to strengthen the partnership between the two companies and promote common interests.

In March 2022, LHV UK selected Tuum as the core system for its new bank.

LHV Group is one of the biggest financial groups and capital providers in Estonia, with LHV UK providing banking infrastructure and payment services to over 200 fintechs.

In January, Tuum raised €15 million in a Series A funding round.

London-based Monspire, which helps small businesses predict cashflow needs, has secured £600,000 in a funding round led by Fuel Ventures.

The company says the funding will enable it to launch to market and onboard new businesses.

Monspire enables small businesses to predict their cashflow needs through its forecasting tool, empowering them to spot funding gaps. The firm also provides access to invoice financing to plug those gaps.

Founder Ben Gillen says: “Cashflow gaps kill small businesses. We want to breathe new life into the space with a single view of their finances, allowing entrepreneurs and business owners to focus on what they do best.”

Monspire has also been selected to participate in the AWS Start-up Loft Accelerator, an equity-free programme supporting early-stage start-ups in Europe, the Middle East and Africa.