Capital markets fintech Capitolis has raised $110 million in a Series D funding round, valuing the company at $1.6 billion. 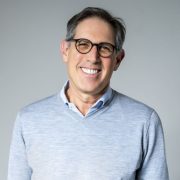 Capitolis co-founder and executive chairman Tom Glocer says the addition of Osborne, Goldstein and Beldy will help guide Capitolis as it scales its technology and presence in global markets.

Capitolis pitches itself as a company that “combines deep capital markets expertise with a Silicon Valley mindset to bring the sharing economy to the forefront of the financial services industry”.

“Over the past two years, our vision to reinvent capital markets has gained tremendous momentum as we have tripled our revenue, customer base and team,” says Capitolis CEO and founder Gil Mandelzis.

“In two years the capital marketplace business has transacted more than $60 billion notional from over 30 investors with Capitolis optimising more than $13 trillion in trades through its compression and novation engine.”