Cover story: THE FUTURE CALLS – Three predictions for the year ahead. 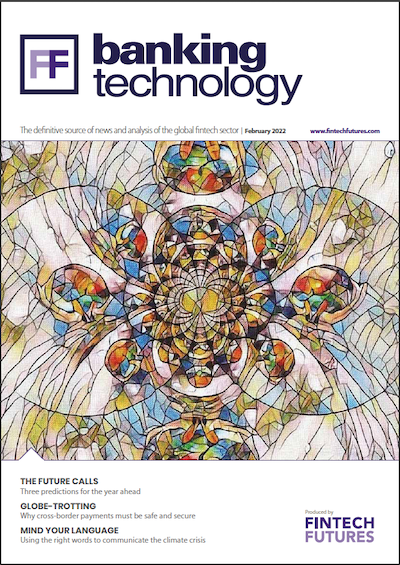 As we are looking at another bumper year for fintech investment, analysts are gathering stock of 2021 – and what a funding rich year it’s been!

The UK’s fintech scene saw a record year for investment in 2021, exceeding $11.6 billion – a 217% increase from 2020 – according to the report compiled by Innovate Finance (the industry body representing the UK fintech industry).

The data shows that the UK is far and away the most attractive option for fintech investment in Europe, with the UK representing nearly half (45%) of all the $24.3 billion invested across the continent in 2021.

The UK was second only to the US. According to the UK Finance report, the world’s biggest economy saw $46 billion in fintech capital last year. India ($6.3 billion), Germany ($4.4 billion) and Brazil ($3.8 billion) rounded out the top five. 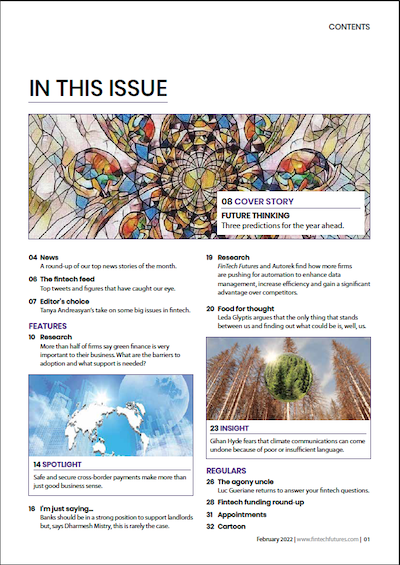 Meanwhile, CB Insights allocates the higher figure of $63 billion to the US fintech funding in 2021 in its latest “State of Fintech” report.

The all time-high funding, it says, comprised 1,827 deals and accounted for nearly half of total global funding that year, despite making up just 37% of deals. This was due to larger mid- and late-stage rounds, which accounted for 31% of total US deals, the highest share on record, it explains.

The CB Insights report’s findings paint an impressive picture of the global fintech market. The total funding reached $132 billion – more than double the 2020 mark – with $1 out of every $5 going to fintech.

There were 343 global mega-rounds (above $100 million) last year, triple the previous year.

Although these mega-rounds comprise only 7% of global deals, they make up 67% of total funding. The US racked up more mega-rounds than all other regions combined, according to the report.

235 of unicorns were counted in 2021 (more than double the previous year). And there are currently 12 fintech start-ups with decacorn ($10 billion plus) valuations, CB Insights estimates, mostly in payments and banking.