ING Labs spin-out SeMI Technologies has secured $16 million in a Series A financing round. 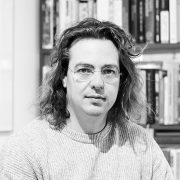 The round, led by New Enterprise Associates and Cortical Ventures, follows a $1.6 million seed round led by Zetta Venture Partners with participation from ING Ventures in August 2020.

Weaviate stores data that is processed by machine learning models, allowing users to better index and search through their data.

“We represent a third wave in database technology,” says CEO Bob Van Luijt. “This investment will allow us to focus on making Weaviate the de facto standard in open-source vector search.”

Founders Bob Van Luijt, Etienne Dilocker and Micha Verhagen made the Weaviate vector search database open source so customers can run it on their own infrastructure or as a managed Software-as-a-Service (SaaS) offering.

This is in contrast to large tech companies who have kept these kinds of search capabilities under lock and key, says SeMI.

“Weaviate gives any enterprise the advantage of databases built with machine learning and deep learning at their core,” Luijt adds.

“The first use cases have been natural-language ones but we are also exploring images, videos, audio, and even esoteric cases such as graph or gene embeddings.”

SeMI says the investment will allow the company to expand its team, its user community and its roster of partners. Money will also be spent on driving up the number of use cases and to engineer and refine its machine learning models and modules.

Headquartered in Amsterdam, the firm was originally spun out of ING Labs. Another ING Labs spin-out, trade analytics tool provider Katana Labs, shut down at the end of last month.