A new way to give? – how fintech start-up DonateStock aims to simplify charitable giving

One of the great irritators of the business world is taxes. Whether it’s on income, on property, or on goods and services, almost everyone is trying to find a way to pay less on these burdensome, government-mandated fees. 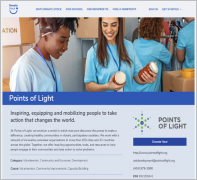 An effective and morally gratifying way to reduce taxes in the US is charitable donations. It’s a win-win all around. You get to save money while contributing to a cause or organisation you care about, and the organisation gets a bit of much-needed cash flow.

Most of the time, these contributions come in the form of cash donations. However, as Elon Musk’s recent $5.7 billion donation has reminded us, there is another option: stocks.

Unfortunately, the process for donating stock can be a complicated, unwieldy one, as DonateStock co-founder and chairman Steve Latham learned firsthand several years ago. What Latham believed would be a quick donation to his alma mater’s scholarship fund turned out to be a convoluted mess of red tape that took several days to fully unravel.

This is the story Latham commonly cites when talking about DonateStock’s founding. So how does the company help solve that issue, if it’s even possible? We sat down with Latham to help figure out more.

From its founding, DonateStock was well aware of the issues with donating stock on the donor side. To handle the problems Latham encountered in his fraught scholarship donations, they collect all required information from the donor and nonprofit and submit it all to the donor’s brokerage, beginning the donation process.

As they began, however, they found even more issues, not just on the donors’ side but the recipients’ as well. In order to receive stock, nonprofits need brokerage accounts set up. Unfortunately, many nonprofits do not.

Latham says: “What we found three months in… was that 95% of the nonprofits that we talked to didn’t have brokerage accounts. And so we would advise them ‘go open one on E-Trade or wherever,’ and they were not able to.”

For nonprofits without brokerage accounts, a sort of middleman organisation was needed to convert the donated stock to cash which would then go to the intended recipients. To become this middleman, DonateStock started their own nonprofit, DonateStock Charitable, with its own brokerage account in order to sell the stock for cash. This cash is then donated to the nonprofit. This created another set of issues for the firm, however. 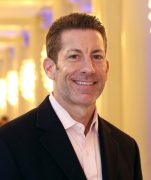 Latham says: “We thought ‘Okay, this is easy.’ We get a brokerage that has a checking account and has bill pay. And then, we get the proceeds, we upload a bill pay file that allows us to tell it who to send [money to] and how much to [send], and real quickly we discovered that the brokerages’ checking accounts didn’t have that capability to do disbursements, or if we were going to be uploading bulk groups of payees, we’d have to do it only for ACH payments. They couldn’t do it for bill pay.”

Eventually, DonateStock found payouts platform Trolley who could perform this sort of bill pay work. Unfortunately, even with the right partner, the process was not easy.

“We had to work for three months,” says Latham.

“You talk about those AML (anti-money laundering), those KYC (know your customer) issues? We had to go through tremendous amounts of compliance and auditing, just to get [Trolley] to say ‘Yeah’. Because normally, their policy is ‘We don’t work for nonprofits’ because of, historically, the higher chance of fraud.”

Another issue DonateStock ran into was the anonymity of these stock donations.

“You wouldn’t even get a partial account number, you’d get nothing about the donor, no information. And this creates a big problem for the nonprofits because… the donor assumes that if [they’re] actually sending this information to my broker… that [their] personal information will travel with it.”

This can cause tension between donor and nonprofit, as the donor typically expects a thank you for the donation, and the nonprofit can’t send that thank you until the donor makes contact and reveals themselves to the nonprofit. To combat this, DonateStock sends the donor a notification that the stock was successfully received, along with a receipt for the gift.

According to their website, donors can access DonateStock at no cost. For nonprofits, setting up a profile on the site is free. However, the company charges a 2% processing fee, which it contends in its FAQs is half what nonprofits pay for cash donations. No source is given for this claim, however, and it is entirely dependent on how a cash donation is made. If a donation is made via credit or debit card through a payment processing platform like PayPal, the fees will vary. For example, PayPal extracts a 2.89% fee plus an additional $0.49 fee at the time of this writing.

As for which nonprofits you can donate to, DonateStock’s website claims you can donate stock “to ANY nonprofit in good standing with the IRS”. This is why two organisations with opposing causes like LIFE Runners Team, the self-proclaimed “world’s largest pro-life team”, and the New Mexico Religious Coalition for Reproductive Choice are listed as featured nonprofits on DonateStock’s “Find a Nonprofit” page. Where the money goes is up to the donor. DonateStock just wants to make sure it gets there.