A trio of fintechs in the UK have recently gained investment: WealthKernel, Fintech Farm and Bink.

WealthKernel, a UK-based provider of digital investment services and infrastructure, has announced a Series A+ funding round, securing a further investment of $7 million.

The funding round was led by XTX Ventures (the venture capital arm of XTX Markets), with participation from Digital Horizon, Big Start Ventures and WealthKernel’s existing lead investor, ETFS Capital.

The money will go towards WealthKernel’s integration of intraday trading and the expansion of its services into European markets. The start-up says its “ambition is to democratise access to wealth and investment services and become the leading API wealth infrastructure provider in the UK and Europe”.

WealthKernel was founded in 2015 and is regulated by the Financial Conduct Authority (FCA).

Fintech Farm creates and launches digital banking services in emerging markets, and the new money will be used to launch new banks in eight countries over the next two years.

Among Fintech Farm’s latest projects is Leobank in Azerbaijan, which has issued 100,000+ cards in the first three months since its launch, according to the company, and hopes to reach one million by the end of the year. 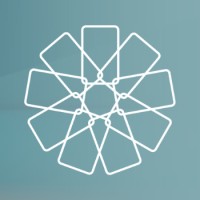 UK-based loyalty app Bink is going to receive “millions of pounds” from Lloyds Banking Group, according to Sky News. In exchange, the bank will take a minority stake in the start-up.

Launched in 2015, Bink enables consumers to link their debit and credit cards to various loyalty schemes. It says its technology helps retailers identify and reward customers each time they shop, offers banks a way to keep their cards top-of-wallet and provides a simplified way for shoppers to earn rewards.

Lloyds is planning to build a similar partnership with Bink, which will go live in the next six months, according to the reports.