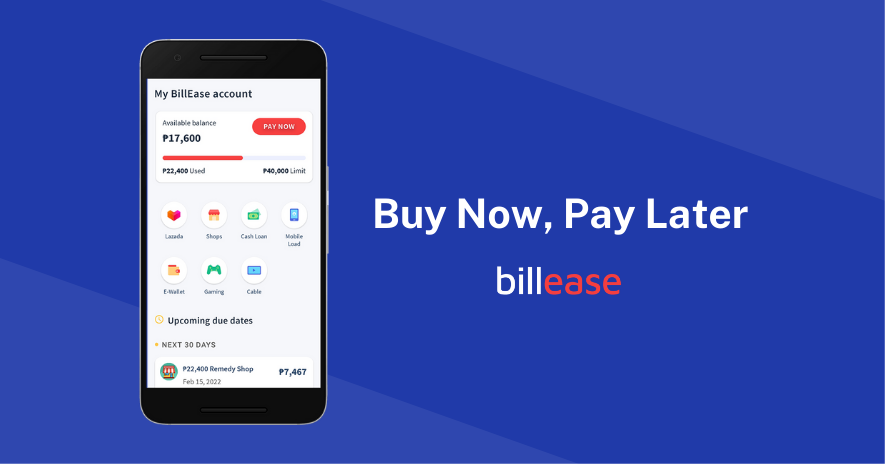 BillEase, a card-free buy now, pay later (BNPL) platform in the Philippines, has closed a Series B round with $11 million in fresh equity.

The round was led by BurdaPrincipal Investments, the growth capital arm of German media and tech company Hubert Burda Media and a backer of Carsome, Ninja Van, and Zilingo, among others.

“BNPL services often rely on card payments, in the Philippines less than 5% of the adult population owns a credit card and cash on delivery remains the primary mode of payment,” comments co-founder and CEO Georg Steiger.

“To address this problem and expand the target market, we developed our proprietary credit, fraud, and payment stack. While this requires more upfront investment, we are actually solving a more fundamental problem for customers and allows us to create long-term relationships.”

Launched in 2017 by fintech First Digital Finance Corporation (FDFC), BillEase saw its growth accelerate tenfold over the course of 2021.

In addition to BNPL, the BillEase app offers other services such as personal loans, e-wallet top-ups, mobile loads, and gaming credits.

Belgian fintech start-up Cake has raised €4.6 million for reorganisation and international expansion. From February this year, its current banking app will disappear to make way for European expansion with services aimed at retailers and brands (Cake for Business) and banks (Cake for Banks).

The round was led by a French fintech VC, Truffle Capital, supported by early-stage investors including Seeder Fund, Sambrinvest, and Freshmen.

Cake for Business is a marketing platform that allows retailers and brands to offer cashback discounts. It has 100+ commercial partners in Belgium, including Schoenen Torfs, JBC, Veritas, Deliveroo, and Lukoil.

Cake for Banks offers plug-and-play solutions to European banks to integrate their cashback module into their own banking apps. The first integration into an existing banking app was completed by early August. Under the name “Mooi Meegenomen van Cake”, customers of banking and insurance group Argenta can choose to receive small refunds for purchases they pay with their Argenta account at Cake’s partners. Once customers have activated the refunds in their Argenta app, everything is automatic, according to the vendor.

Cake was founded in 2019 by tech entrepreneur Davy Kestens together with five co-founders. It currently employs 20 people.

Gr4vy, a California-based provider of tech for cloud-native payments orchestration, has closed a $15 million Series A extension round, led by March Capital, with participation from Nyca Partners, Activant Capital, and Plug and Play Ventures.

The round brings Gr4vy’s total funding to $27.2 million.

Since its launch in April, the start-up says it has nearly doubled its valuation. The money will go towards worldwide expansion.

The investment will be used to expand its team of developers, increase marketing, and extend services into Central and South Europe.

Further integration with new banks and CRM systems, and adding an invoicing option, are also planned for 2022.

Israel-based Shield, a workplace intelligence platform for compliance teams, has closed a $15 million Series A funding round led by Macquarie Capital and OurCrowd, with significant participation from Mindset Ventures.

The company says it had been “impressively bootstrapping itself” since its launch in 2018 until now.

Shield will use the funding to expand its US presence with a New York City office, as well as push for further growth in Europe, the Middle East, Africa, and Asia Pacific.

Skilling, a provider of online investment and trading services, has closed its largest funding round to date – bringing in €10 million in capital.

The company says its latest funding has increased its valuation by nearly 50% in the past year. “It represents the beginning of the next phase of Skilling’s growth as we further assert ourselves in the fintech industry,” states group CEO of Skilling, Michael Kamerman.

Registered in Cyprus and the Seychelles, Skilling is founded and driven by Scandinavian entrepreneurs. It was set up in 2016.

It offers CFD trading on a range of world markets such as top stocks, indices, ETFs, commodities, and cryptocurrencies, as well as copy trading services through proprietary and third-party platforms.