US fintech start-up Settle closes $60m Series B round

Settle, which is focused on helping companies to streamline their inventory purchasing and bill payments, has closed a $60 million Series B round led by Ribbit Capital with participation from existing investors Kleiner Perkins and Caffeinated Capital. 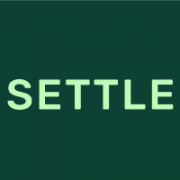 The fintech was founded in 2019

The San Francisco-based company was set up in November 2019 and now claims 500 merchants as customers. Users include Italic, Huron, Brightland, Branch and Better Booch.

The start-up announced a $15 million Series A round five months ago, led by Kleiner Perkins, and has raised $100 million to date.

The company was initially focused on payments and has subsequently added financing options onto the platform.

One facility allows companies to opt for Settle to make upfront payments to a supplier for goods and settling once they have made sales. Through invoice factoring, the firm claims vendors are paid 15 days earlier on average.

The company says the Series B funds will be used to add to its current 40-person team and build out products and integrations. Ribbit Capital’s general partner, Nick Shalek, is joining the Settle board.

Settle founder and CEO, Alek Koenig, spent four years as head of credit at Affirm before setting up Settle.