The Canadian Imperial Bank of Commerce (CIBC) has acquired the Canadian credit card portfolio of retail giant Costco, which has over $3 billion in outstanding balances. 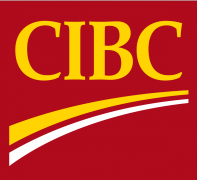 As well as picking up the existing portfolio, the bank has signed a new long-term agreement to become the exclusive issuer of Costco Mastercards in Canada, beginning early 2022.

The new CIBC Costco Mastercard will reward Canadian Costco shoppers and serve as the Costco membership card. It will also be accepted by merchants worldwide.

CIBC says the move forms part of a strategy to grow its Canadian consumer franchise, adding it will diversify its existing credit card portfolio, particularly in the everyday rewards category, as well as provide opportunities for new client relationships from Costco’s substantial membership pool.

“Through enhanced offerings such as leading digital capabilities, robust features and stronger rewards, our members will have even more ways to get the most out of their membership.”