CBDCs are now a reality: digital payments security needs to catch up 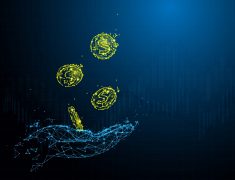 Taking this to an entirely new scale, the launch of a major CBDC trial in China involves six of the country’s largest banks promoting the country’s digital currency to consumers as an alternative to existing popular private payment apps, such as WeChat Pay and Alipay.

And while the US Federal Reserve governor Christopher Waller recently commented that he remains skeptical that a Federal Reserve CBDC would improve the US payments system, they plan to release a discussion paper soon.

Across the world, the rise of CBDCs offers huge potential for the financial sector, including transparency, speed, and financial inclusion among the unbanked and those without a smartphone.

But, to fully realise this potential, there needs to be a greater focus on the security of CBDCs to lay the foundation for successful and secure adoption of financial innovation for all consumers.

CBDCs refer to currencies backed by a central bank with transactions stored on a blockchain ledger and held in digital wallets.

While the October 2020 launch of the Sand Dollar in the Bahamas marked the first official CBDC full rollout, these currencies have been discussed and developed around the world for several years, with China the next and largest central bank to put a digital currency into the market.

China has expanded the trial of its Digital Currency Electronic Payment (DCEP), which is also commonly referred to in China as ‘e-CNY’ or ‘Digital RMB’, and is the digital form of China’s fiat money.

Indeed, the speed of China’s shift to the e-CNY looks set to transform payment systems around the world, with other countries already following suit.

Sweden is preparing to launch the e-Krona by 2023, while UK chancellor Rishi Sunak announced in April the formation of a top-level task force to explore a Bank of England digital currency, or ‘Britcoin’.

As well as the many benefits to the financial sector offered by a state-issued digital currency – including faster, less costly transactions and greater transparency of transactions – CBDCs can also enhance financial inclusion because there’s no need for consumers to have a bank account to hold the currencies.

CBDCs offer a way to access finances for the 1.7 billion unbanked population across the globe, boosting economic growth and breaking cycles of poverty faced by people who have barriers to opening accounts with private financial institutions, which creates an enforced reliance on alternative institutions that charge high fees.

With a CBDC in place, these people will be able to enter the financial system at the source – the central bank. And, with innovative card-based digital wallet solutions, CBDCs can also boost financial inclusion among those who don’t own a smartphone.

The danger and the solution

But, despite the many positives to CBDCs, they also have a weakness that the financial sector must consider as the currencies begin to roll out around the world.

The rise of cryptocurrency scams and associated fraudulent behaviour over the last year has proven the dangers of launching innovative financial solutions without robust security measures.

The greater financial inclusion offered by CBDCs is only achievable if consumers aren’t exposed to fraud. As a result, security in digital currency is paramount.

The good news is that China is also leading the way in building a secure payment method. Its trial has involved a digital currency hardware wallet with a fingerprint biometric card, providing secure access to the currency, even for people who don’t have access to a smartphone – who make up nearly 45% of China’s population.

Through biometric authentication, customers can pay with the digital currency securely and swiftly with the simple push of a finger, allowing for the seamless integration of digital currencies into everyday payment processes.

Based on the success of the trial, China plans to roll out the digital currency wallet ahead of the Winter Olympics, being held in China in February 2022, with the currency set to be made available for use for purchases in all sectors across the country.

The crucial role of biometrics in payment security

A recent survey by Crypto.com and the Economist Intelligence Unit found that only 54% of people would trust a digital currency issued by their government or central bank.

That’s a concerning statistic because the benefits offered by CBDCs will only be realised if consumers understand and trust the technology.

Blending the highest levels of security with a familiar and comfortable payment experience for consumers can play a key role in the widespread acceptance of digital currency wallets or payment cards.

Biometric payment solutions could prove critical when it comes to security, maintaining the growth rate of national digital currencies and earning the trust and buy-in of consumers. The result could be CBDCs driving the payments ecosystem forward and creating a more inclusive global financial system for all. 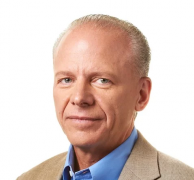 He joined IDEX from Infineon Technologies where he was most recently vice president of strategy development and implementation.