Singapore fintech Nium has raised over $200 million in a Series D funding round led by US investment firm Riverwood Capital. 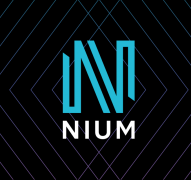 Nium is now targeting the US and Latin America markets

The investment takes the company’s valuation above $1 billion, which it says makes it the first B2B payments unicorn from Southeast Asia.

Nium has now raised a total of around $280 million in funding.

The Series D also included participation from Temasek, Visa, and Vertex Ventures, among others.

Nium’s API-based platform allows banks, payment providers, travel companies, and other businesses to collect and disburse funds in local currencies to over 100 countries.

The company claims it has issued more than 30 million virtual cards to date and processes $8 billion in payments annually for “hundreds of enterprise clients”. It adds its revenues have grown by more than 280% year-on-year.

The funding will be used to expand its payments network infrastructure, product development, and further acquisitions.

Nium penned deals to acquire B2B travel payments firm Ixaris and Wirecard Forex India in the months leading up to the round as it looks to drive its global expansion.

The company now plans to target growth in the United States and Latin America.