DigibankAsia, the Singapore-based firm behind local neobank Unobank, has received a digital licence from the Central Bank of the Philippines. 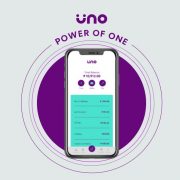 Uno is aimed at bridging the financial inclusion gap in the Philippines, and its leadership team has ambitious plans to extend across Southeast Asia.

The bank has already signed a partnership deal with consultancy firm Xebia to help underpin its launch.

Uno plans to stand out through a range of AI-based features, including facial recognition, voice identity and tailored credit options.

It promises the ability to start an account in minutes, virtual and physical cards and tailor-made credit options.

The bank is built using a combination of technology from Mambu, Backbase and Amazon Web Services.

The Central Bank of the Philippines has granted three digital bank licences so far, though two are conversions from prior licences. DigibankAsia says its licence is the first truly digital one of its kind.

Uno co-founder Manish Bhai says: “[The central bank’s] vision and foresight to digitise the local banking industry is future-forward and apt, because ultimately it will help align the Philippines as a modern banking centre for the region.”