What is SDR and how is its value calculated?

The Special Drawing Rights (SDR) is an international unit of account created by the International Monetary Fund (IMF). It serves as one of the reserve assets. What are its characteristics, why was it created and how is its value calculated?

Conotoxia experts present everything you need to know about the SDR.

In the ISO 4217 standard, this unit also functions under the code XDR.

SDR are supplementary reserve assets defined and managed by the IMF. The SDR is treated as an artificial currency instrument by the IMF and selected international organisations. It also serves as a conventional monetary unit and as a non-cash asset, meaning it has no physical form. Special drawing rights, however, are not themselves a currency.

The origins of the SDR

The SDR was created in 1969 and was intended to serve as additional international reserve assets operating in the context of the Bretton Woods system of fixed exchange rates. 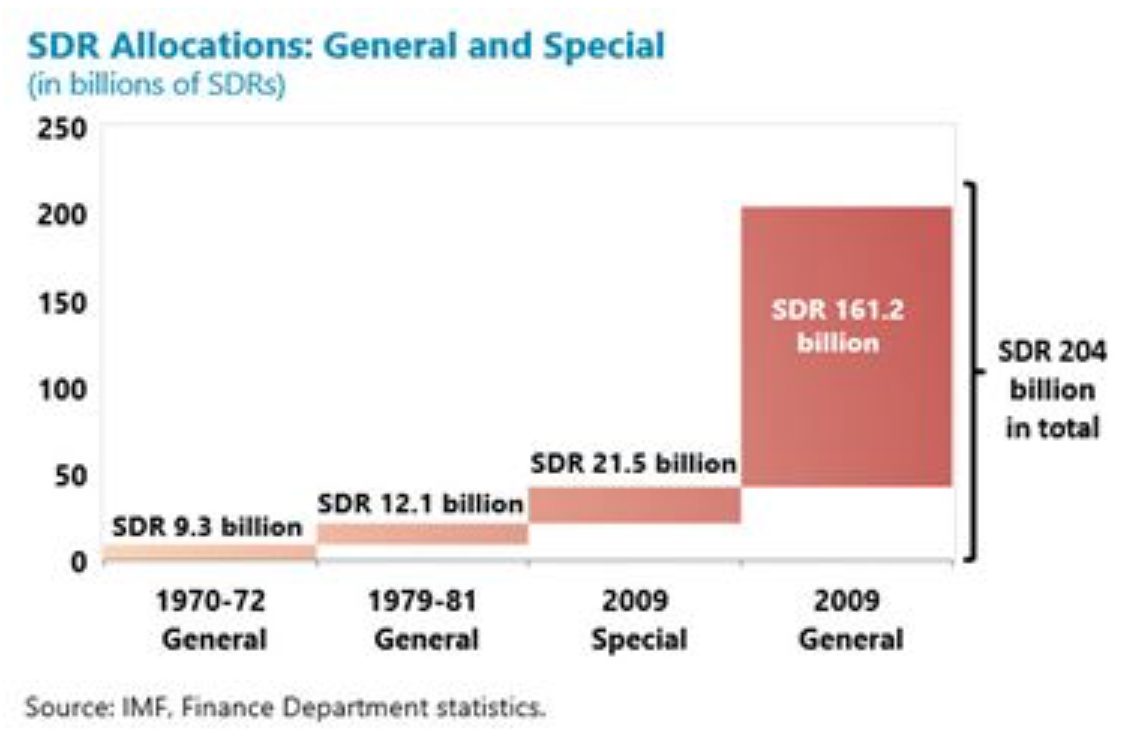 Initially, the value of the SDR was set at $1, which was equivalent to 0.888671 grams of pure gold. For this reason, special drawing rights were also called paper gold.

After the collapse of the Bretton Woods monetary system in the early 1970s, special drawing rights lost their stature and since 1972 their main function has been to serve as the IMF’s unit of account.

The IMF itself describes their current function as less significant. Most SDRs are in the hands of developed countries, which express little interest in using them. The situation is different for developing countries, which see SDRs as a relatively cheap line of credit.

Why are SDRs not as relevant as other reserve assets in the foreign exchange market? This is due to their design. This unit can only be used by the IMF, its member countries, and selected international organisations that have been licensed by the IMF. SDRs cannot, therefore, be traded by private companies and individuals. In addition, any use of SDRs by authorised entities often involves their prior exchange into an international currency.

What then is the current function of special drawing rights? They can play a role in providing liquidity and replenishing the official reserves of IMF member countries. This was, in fact, the case during the global financial crisis.

How is the value of the SDR calculated?

After the collapse of the Bretton Woods system, the value of the SDR is determined based on a basket of currencies that includes the world’s major currencies. Its weight is set in proportion to the share of these currencies in international currency transactions.

From 1974 to 1980, the SDR basket consisted of as many as 16 currencies. In January 1981, however, this arrangement was abandoned in favour of only five major currencies: the US dollar, the German mark, the French franc, the British pound, and the Japanese yen. 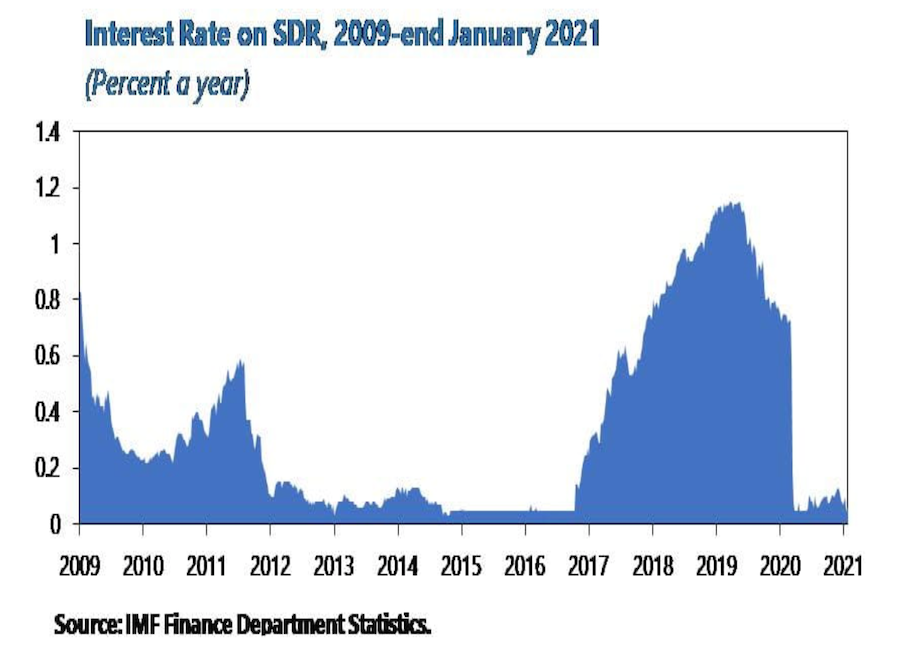 This pattern continued until the birth of the single European currency. The euro replaced two currencies in the SDR basket, the German mark and the French franc, so that only the four major currencies affected the value of special drawing rights. In 2016, the IMF decided to include the Chinese yuan into the SDR currency basket, bringing the number back to five.

This basket is re-evaluated every five years. The IMF can then modify not only the set of currencies (which happens very rarely, however) but also the weights assigned to them. Currently, to measure the importance of a given currency, one takes into account, among other things, the volume of exports sold in a given currency or its importance as a currency reserve.

Based on the weights of the currencies in the basket, the real value of the SDR is calculated. As exchange rates are constantly changing, the valuation of SDRs is also changing. Their value in US dollar terms is determined daily based on current exchange rates observed around noon London time and published on the IMF website.

Special drawing rights can only be issued by the IMF, which allocates them to individual member countries. The allocation is determined by the IMF quota, which is the maximum amount of money a country is required to contribute to the fund. Any new allocation must be voted on and approved by an 85% majority.

Since its inception, special drawing rights have been allocated four times – three in standard allocations and once in a special allocation. A total of 204.2 billion SDRs have been issued in this way.

On September 9, 2009, a special one-time tranche of 21.5 billion SDRs was issued for countries that joined the IMF after 1981 and never received an allocation.

In addition, each country that joins the IMF receives its own SDR allocation according to its quota in the IMF.

After allocation, members can keep their SDRs as part of their foreign exchange reserves. They can also sell them to another country or simply use them. It is possible to exchange SDRs for traditional currencies, which they can freely use among themselves.

This exchange can be a voluntary agreement between the parties or can be implemented under a mandatory plan, whereby a country with large foreign exchange reserves is obliged to buy back some SDRs from countries with low reserves. In practice, since 1987, the SDR market has operated solely on the basis of voluntary arrangements.