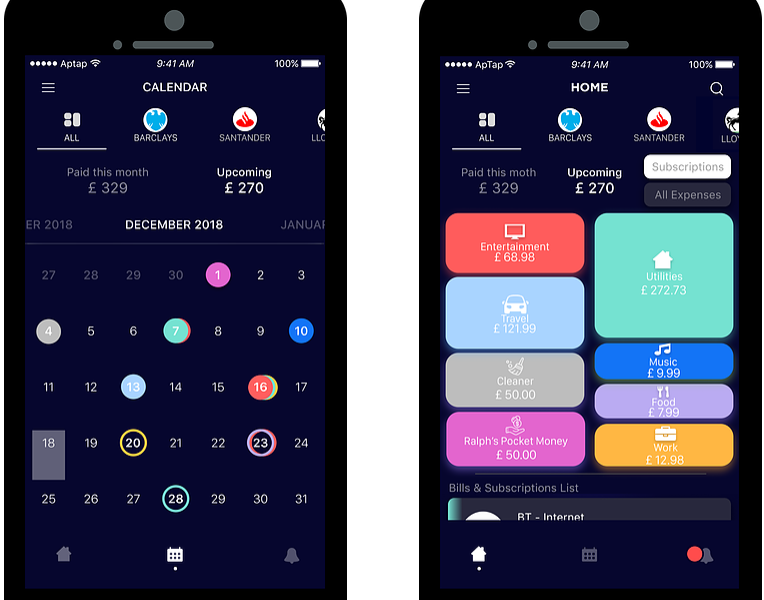 The deal follows a trial period involving 10,000 TSB customers, who, according to the bank, saved an average of £150 a year using the service.

ApTap allows users to consolidate their bills, subscriptions, and shows them an overview of their outgoings each month.

The bank commissioned research from Opinium on subscription and bill management. It found 40% of UK residents would switch supplier if it took them less than ten minutes.

“Our partnership with ApTap gives our customers confidence to make informed choices about how best to spend their money,” says TSB director for everyday banking, Pella Frost.

“In just a few clicks they can compare and save on their regular monthly bills, helping to make their money go further.”

Founded in 2018 by a team of Imperial College London graduates, ApTap has a single undisclosed seed round to its name.

“We help people get the most value for money and time,” CFO and co-founder Will Billingsley told FinTech Futures. “Having studied in physics, biology, management and engineering, we use a hypothesis driven approach to running our company and testing our product.”

The integration of ApTap in TSB follows the success of similar subscription management fintechs across Europe. In March, Swedish firm Minna Technologies secured roll-outs of its product with both Banco Sabadell and ING Belgium.