Santander migrates 60% of IT infrastructure to the cloud

Santander has now migrated 60% of its overall IT infrastructure to public and private clouds. 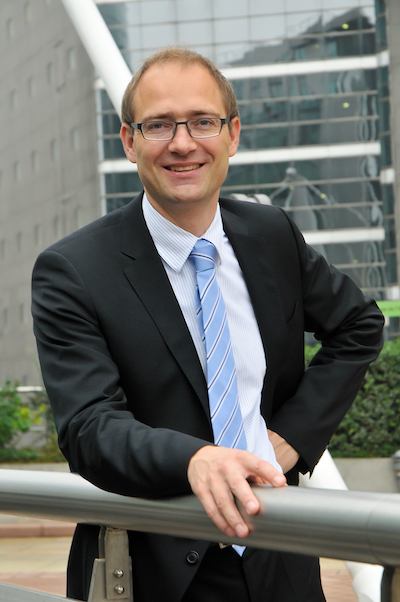 Dirk Marzluf, the bank’s global chief operating and technology officer, tells FinTech Futures: “When you move that much infrastructure, it’s all about rigour, process, [and] being very clear on how you move it.

“But so far, I have to say, it has been quite smooth. Of course the remaining 40% will not be the easier 40%. So, we need to make sure that we continue with it at pace.”

The bank has hired 3,000 engineers in just the last year. In total, the bank employs 16,500 software developers and engineers. That’s 8.6% of its overall employee count.

“Those engineers don’t want to come to you if you operate a very legacy environment,” says Marzluf.

“If I would tell them ‘come to me and work on technology from ten years ago’, they wouldn’t join.”

Over the last two years, the bank says it has moved 200 servers to the cloud every working day. It is now also averaging 1.8 million video calls a day throughout the bank.

It’s currently in the midst of a €20 billion digital transformation to transition its architecture to a multi-cloud environment and adopt agile methodologies.

Marzluf thinks Santander is “very well placed against large European banks”. It claims to trump players such as BBVA and HSBC on cloud adoption.

And with its technology catching up with cloud-native firms, Marzluf thinks the bank is also “well-positioned to compete” with fintechs. Except it also has “the brand”, and the “loyal customers”, the CTO adds.

Despite the bank’s focus on becoming “fully digital”, its branches will never disappear. “Branches will continue to play an important role,” Marzluf adds.

“The value of human interaction isn’t administration,” he continues. This means investing in automation, as opposed to digital channels which sit on top of the bank. “We want to push beyond that.”

From an engineering perspective, transitioning to the cloud has enabled Santander to create a series of public, global, cloud-native applications.

One is PagoNxt, the bank’s global payments company which is currently bringing together businesses like Getnet – Santander’s merchant payment business which acquired Wirecard assets last October.

“The target is clearly that in 2023 we have pretty much everything in our private or public cloud.”

Asked whether COVID-19 sped up the bank’s cloud migration, Marzluf says that from a technical perspective “transition to cloud wasn’t accelerated” by the pandemic.

“We continued at the same pace as 2019. But from a business perspective, there was a clear acceleration,” says Marzluf, citing various governments’ lending schemes.

Cloud is not magic

Santander is working with both AWS and Microsoft Azure, as well as operating its own servers. “We don’t believe we should put everything under one cloud provider,” Marzluf explains.

“You don’t go into the cloud naively,” he continues. “Cloud is not magic. Before anything was migrated into Azure or Amazon, we engineered a secure umbrella.”

Santander owns three data centres across Mexico, Spain, and Brazil. This means the bank’s IT systems span both public cloud providers, and its own private cloud.

Currently 25% of the banks systems sit on the public cloud, whilst a larger 75% sit on the private cloud.

But Marzluf says this ratio will likely slide as the bank becomes more comfortable with the public cloud.