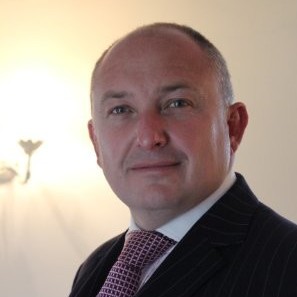 The network says Sissens will drive “an accelerated commercial strategy and operationalisation of the company’s services”.

He joins from analytics company FNA, where he held the role of chief solutions officer.

His appointment at RTGS.global follows a laying of groundwork for the cross-border payments firm.

In September 2020, it launched the first stage of its operational roll-out, in collaboration with Microsoft.

RTGS.global claims its model enables banks to gain “complete visibility” of liquidity between their counterparties.

The network was founded by Worldpay and ClearBank creator Nick Ogden. Its mission is to solve financial friction it says costs the global economy $15 trillion per year.

“The systems, processes and solutions supporting cross-border financial transactions have evolved slowly over the past decades,” says Sissens.

“This slow development has in fact increased transactional friction, decelerating the progress of the financial services industry when compared to digital innovation elsewhere.

“I am extremely excited to join the company at this time in its evolution, as it deploys a solution which transforms liquidity movement across a wide range of financial markets.”

RTGS.global fonder Ogden says the company “was born out of a desire to eliminate financial friction and risk, and we have already made incredible strides towards achieving that vision”. The full-service availability of the platform is expected later this year.