Clubhouse, the audio-based app valued at around $1 billion, has launched a tipping option so content creators can make money on the platform.

With the help of fintech giant Stripe, the social network platform can facilitate payments between users. At least to begin with, Clubhouse isn’t making any money off the service. 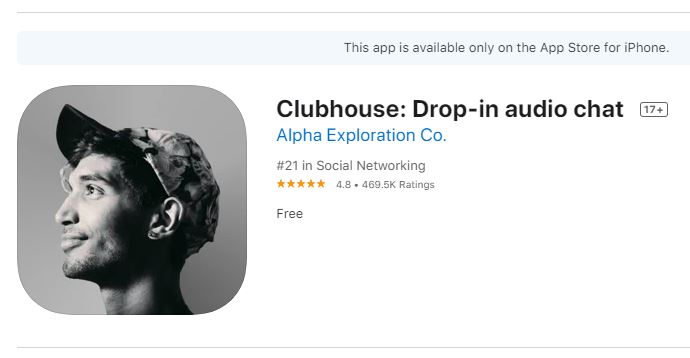 In a blog post published on Monday, the start-up says a small group of beta users will benefit from the initial roll out.

By connecting a debit or credit card, users can pay each other from their profiles. Creators can enable the feature, which then allows users to tap “Send Money” and enter an amount.

“100% of the payment will go to the creator. The person sending the money will also be charged a small card processing fee, which will go directly to our payment processing partner, Stripe,” the blog post reads. “Clubhouse will take nothing.”

Still prioritising the acquisition of new users, Clubhouse still doesn’t seem in urgent need of revenue. It has gathered all its momentum in the last year alongside the COVID-19 health crisis.

The one-year-old start-up has raised around $100 million to date. This suggests the start-up still sits on decent capital reserves.

Following a Series B in January led by Andreessen Horowitz, Clubhouse said capital went to a “creator grant programme”. In an old blog post, the start-up said the programme would “support emerging Clubhouse creators”.

Clubhouse has, in the past, entertained money-making avenues, such as letting some audio conversations charge listeners. But none have yet come to fruition.

In its latest blog post, the audio-only app says the tipping feature is “the first of many features that allow creators to get paid directly on Clubhouse”.

According to TechCrunch, Clubhouse co-founder Paul Davison said in the firm’s latest town hall that it will focus on direct monetisation on creators, as opposed to on advertisements.

Clubhouse still hasn’t launched its app for Android users, meaning only iPhone owners have access to the app.

Read next: Stripe reaches $95bn valuation on back of fresh $600m injection