Non-fungible tokens: how do you regulate a non-conventional marketplace?

Non-fungible tokens (NFTs) are a relatively new concept, following the meteoric rise of bitcoin and the cryptocurrency marketplace, but have recently rocketed to greater prominence. With artwork sold for a jaw-dropping $69 million via NFTs, and Kings of Leon becoming the first band to release an album as an NFT, this new form of trading is garnering some serious investment and attention.

So what is an NFT, and how might it overhaul digital currency? At its most basic level, NFTs can be defined as unique online assets, digitally generated on a blockchain. The potential applications are vast, though even the most digitally-savvy investors and creators will need to be clued up on the protections and emerging regulations surrounding NFTs – especially given this is a marketplace that prides itself on a lack of conventional regulation.

Integrating NFTs into our lives 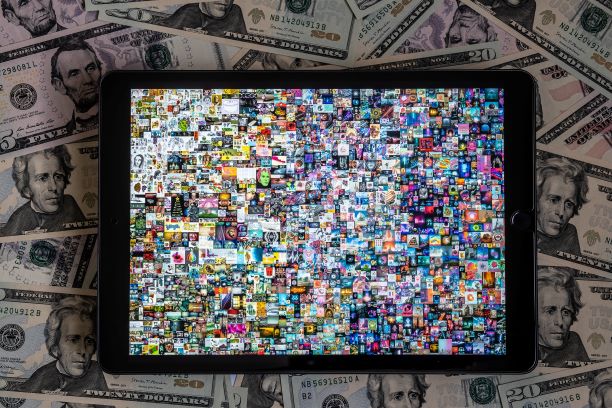 The scope and applications are vast, and there’s real potential in online gaming.

“Fungibility” is defined as something that is mutually interchangeable, or replaceable by an identical version, without any loss in value. An example would be exchanging two £1 coins. “Non-fungible” means the asset is unique and its value cannot be replicated. In the “real world”, non-fungible assets would be unique works of art such as the Mona Lisa. When it comes to NFTs, assets are individual and irreplaceable, digitally generated, with unique values assigned relating to a specific asset. NFTs are also used to prove ownership of an asset and are indivisible, creating digital scarcity.

Each NFT on the blockchain has an owner, with an account associated with the ownership. The blockchain acts as a ledger of items, tokens, and cryptocurrency, recording who owns each NFT at a particular point in time. Owners of these crypto-assets have their own private key that allows them to transfer ownership of the item over to someone else. NFT transactions are recorded on the blockchain and ownership is updated via a decentralised immutable ledger where no data can be altered. As such, it is almost impossible to create counterfeits. This legitimacy is one of the key appeals of the crypto-market and NFTs.

Using the Kings of Leon NFT as an example, the band produced three types of tokens, and depending on which one was purchased, the NFTs granted: 1) a special album package, 2) a live show package that included perks such as front-row seats for life, and 3) exclusive audio-visual art. The NFTs were all sold through a specialised marketplace, initially priced between $50 – $2500, and only available for two weeks. This new release strategy highlights the true power and versatility of the trading system. However, as with all digital assets, investors and creators alike will want to ensure that their asset is appropriately protected, and any sale is authentic and legitimate.

Protecting and regulating the market

NFT transfers are facilitated by “smart contracts”, which contain identifying information. These smart contracts, such as those developed for Kings of Leon’s NFT by ticketing and blockchain platform YellowHeart, are pieces of computer code designed to carry out a set of instructions. Like regular contracts, smart contracts are designed to enforce the terms of an agreement, and will automatically execute when pre-defined conditions are met.

As is the case with blockchain transactions, smart contracts are often immutable, and once executed are unable to be altered. NFTs and related smart contracts allow for detailed attributes to be added, like the identity of the owner, rich metadata or secure file links. It’s both a positive development for contracts and a risk: while it means a contact cannot be altered, if there are issues with the underlying code, it could become useless or even provide opportunities for hackers to exploit it.

There’s also the issue of regulation to consider. When creating an NFT, creators need to be mindful of the rights granted to the token holder. A 2018 European Securities and Markets Authority (Esma) report on Initial Coin Offerings and Crypto-Assets highlighted that “most crypto-assets are covered by the Unfair Commercial Practices Directive…to the extent the issuer is a business undertaking and the buyer of the crypto-asset a consumer.” This complicates matters if the creator or issuer of an NFT grants the new owner specific rights, such as profit sharing or other entitlements. The token may then be treated as a “security token”, a digital contract for fractions of any asset that already has value: perhaps real estate, a car, or even corporate stock. As such, it potentially subjects the NFT creator or investor to various requirements under relevant financial market regulations, such as Anti-Money Laundering (AML) rules, the Second Markets in Financial Instruments (MiFID II), the Prospectus Regulation and the Market Abuse Directive.

Will NFTs be a success? It’s early days, but the system has introduced an entirely new type of unique asset and laid the foundation to expand into almost every aspect of ownership. The scope and applications are vast, and there’s real potential in online gaming, through unique items and skins, and live events ticketing, as with the Kings of Leon.

While these early mainstream adoptions mark the beginning of NFTs eventual wider integration into life and business, there will always be challenges when attempting to regulate assets largely traded on a marketplace that revolves around a lack of conventional regulation. If eventually embraced by the masses, it is likely that disputes will arise and, as is currently the case with cryptocurrencies, the law is going to need to adapt quickly to keep up with the rapidly emerging platform. Until then, without the appropriate regulation, NFTs could have the potential to turn radioactive in the end.