The fintech claims a record 2020 year, having reached “upwards” of five million customers and grown its balance sheet to $2.5 billion in assets under management. For comparison, back in April, the fintech sat at a significantly lesser $1 billion in assets, and 4.5 million users. 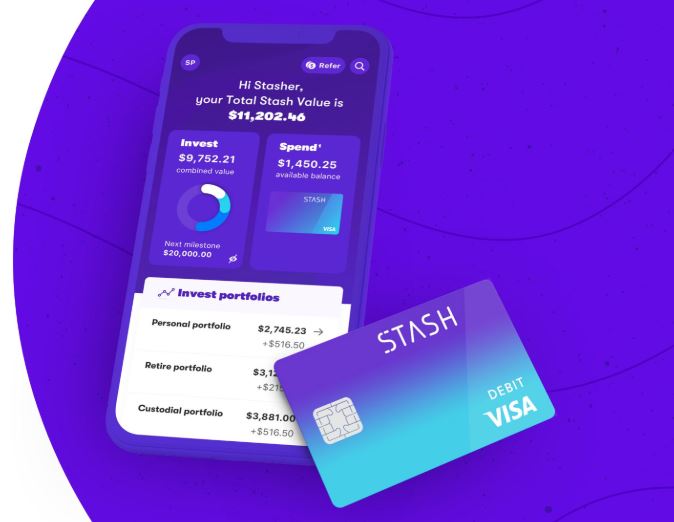 Stash account openings enjoyed a 100% increase over the course of the year, according to the start-up’s statement – though it seems a lot of this activity must have happened around April.

The fintech’s account plans range from $1 to $9 a month and include a card rewarding users with stock instead of cashback for purchases at its merchant partners.

Last valued at around $812 million by TechCrunch, it’s possible this additional raise could have tipped Stash over into unicorn status – though no reports confirm this at present.

Investing for the long-term

Whilst the volatility of 2020 brought with it a boom in day trading, continued rock-bottom interest rates across the globe are pushing young people to think more long-term when it comes to investments.

Robo advisors have, as a result, enjoyed significant growth in the last year. Charles Schwab’s digital advisory assets, for example, grew 18% year-over-year to $57.9 billion in 2020 alone.

Stash too, in its funding announcement, cites a 50% uptick in the number of customers automating their investments.

“We believe in tried and tested principles of regular, long-term, and balanced investing as the key to building wealth,” says Stash’s CEO and co-founder, Brandon Krieg.

Rather than fall into “the pitfalls of short-term speculation and day-trading”, Krieg says its focus has remained firmly on “diversified investing”, “personalized advice” and “accessible education”.

This points to why Owl Ventures, an investor which has almost solely invested in edutech, decided to join the round.

Users can invest as little as $1, but Stash says the average investment on its platform is $28. As for automated investments, the average sits slightly higher at $31.

The average age of a Stash user is 29 and has an average annual income of less than $50,000. The start-up is part of a wave of fintechs trying to challenge this the investing industry. Others include Acorns, Revolut, and Robinhood.