Revolut is planning on introducing instant worldwide money transfer to and from India at no cost, as its flagship offering.

Nik Storonsky, co-founder and CEO of Revolut, tells the Times of India (TOI), that the fintech is in talks with the Reserve Bank of India (RBI), local banks and fintech start-ups for the launch.

Its plan is to offer borderless accounts to Indians which can be used across the US, Europe and Australia. 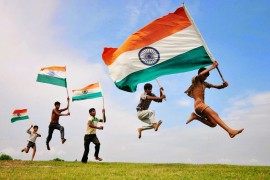 Its plan is to offer borderless accounts to Indians which can be used across the US, Europe and Australia.

Storonsky says he would like to start this year, as India is potentially a big market.

The launch would depend on RBI giving the greenlight, and its potential partnerships with local banks.

The company was planning to be in India last year, but the coronavirus outbreak forced it to change those plans.

“We will initially focus on remittances as it is our strongest product. As soon as we get decent traction, we will offer other products, like insurance,” Storonsky says.

“With borderless accounts, you are able to have local accounts in almost any country. For example, when you are an Indian and go to the US, you won’t need to use a local US bank account,” he says.

Similar to its global practice, it would eventually roll out “freemium” plans, where one would have to pay a fee for certain services beyond a limit.

Revolut plans to hire about 300 people in India to manage operations, including some global operations.

It is also in the process of selecting an India-based CEO. Currently, it has a team of seven in India.

Revolut’s India foray is part of an international expansion. It is also looking to enter countries like Indonesia, Philippines, and South Korea.

The firm is facing criticism for freezing accounts, and more recently, blocking its users from stock trading.

The fintech is currently applying for its UK banking licence.